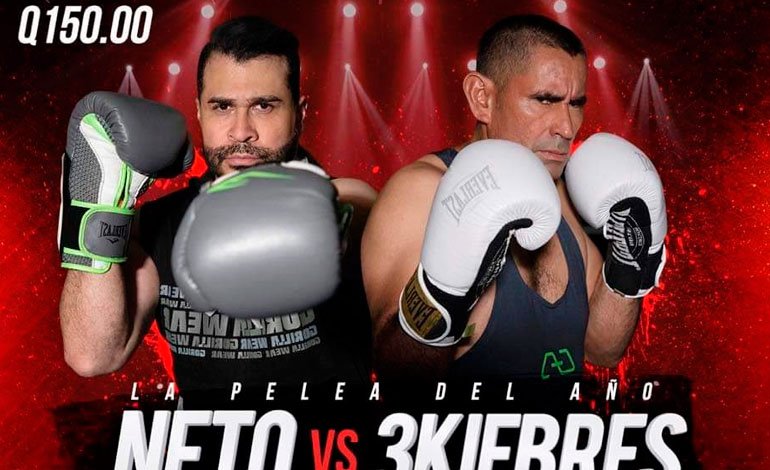 The mayor of Ipala, Esduin Javier, knocked out his counterpart from Mixco, Neto Bran, in the first round of an unprecedented fight between two Guatemalan officials in search of funds for works in their communities.

The referee suspended after two minutes the confrontation in which Javier was far superior and quickly sent Bran to the canvas of the ring, without weapons to repel the onslaught.

Javier’s onslaught, known as Tres Kiebres, caused a furor among the 5,000 people who packed a building built to perform jaripeos (bull riding) in Ipala, some 200 km northwest of Guatemala City.

Bran is the mayor of Mixco, adjacent to the west with the Guatemalan capital.

The public of the fight between the mayors, turned momentarily into boxers, was divided. Each one brought hundreds of followers, who were joined by others due to the uniqueness of the event in the so-called Ipala Coliseum and where the ring was improvised in the middle of the venue.

Bran, 39, and Javier, 50, promoted the meeting in videos on their social networks and it was broadcast live on a local television channel. The fight had the endorsement of the National Boxing Federation, an entity that appointed the five judges of the fight, including three Salvadorans.

The fight between the two officials was scheduled for five rounds of three minutes.

However, the forceful onslaught of Tres Kiebres prevented the attendees from witnessing less than one round, as the referee suspended the fight considering that Bran was no longer in a position to continue fighting because he was unable to put up his hands to defend himself.

According to the mayors, the funds raised will be to rebuild a nursing home in Ipala and finish the construction of a colonial arch in Mixco.

You can also read:  Golovkin named "Fighter of the Month"

Attendees bought tickets for about $ 20 and entered the venue three hours before the fight, where they stood in roofless metal bleachers.

The fight had as a prelude two national musical groups: Tiempo Azul and La Gran Jugada, as well as a local artist who composed a song for Javier. Also, there were five fights before the most anticipated match.

– Controversial officials –
Ipala, of about 20,000 inhabitants, is affected by poverty, child malnutrition and drug trafficking, so the mayor is usually escorted by a large number of bodyguards who, like the official, carry their firearms on their belts.

Bran and Tres Kiebres, a nickname he received because he allegedly survived three armed attacks, have gained notoriety in the country with their posts on social networks and their controversial styles.

The two were re-elected to their positions in the general elections of June 2019 and were sworn in on January 15 for a new four-year term.

During his tenure, Bran has dressed as a firefighter, municipal policeman and has even disguised himself as Iron Man, the Marvel hero.

Mixco suffers from insecurity, especially from fearsome gangs dedicated to the extortion of transporters and hitmen, and also suffers from a precarious public passenger transport and the lack of potable water.

The mayor of Mixco had acknowledged that his colleague from Ipala had the upper hand to win the fight.

Unlike those who attended the show, many Guatemalans criticized the fight as a “populist” act and contrary to the conduct of public officials. AFP