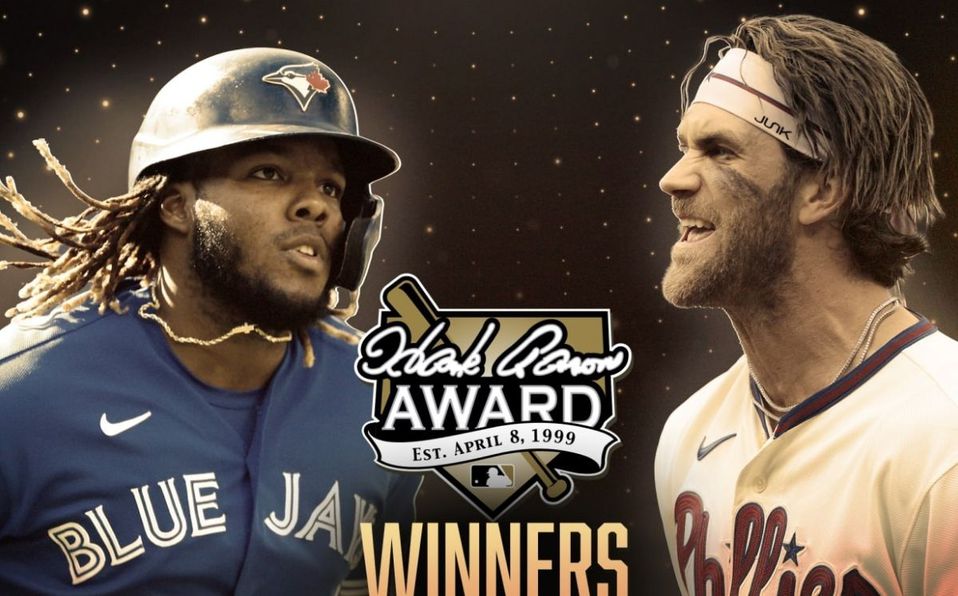 The Dominican Vladimir Guerrero Jr., of the Toronto Blue Jays, and Bryce Harper, of the Philadelphia Phillies, won this Tuesday in the Major Leagues the Hank Aaron Award, which is awarded to the best of each League (American and National) for the offense deployed in the season.

Guerrero took the scroll for the American League, while Harper won it for the National League. The two players are also nominated for the MVP (Most Valuable Player) award on both circuits.

Guerrero is the first Dominican to win it since 2016, when his compatriot David ‘Big Papi’ Ortiz was awarded, while for Harper it was the second in his career after the one achieved in 2015 when he belonged to the Washington Nationals.

You can also read:  Baseball: Cubs and Red Sox on the brink of playoffs

The Dominican of the Blue Jays is also the fourth player from the Canadian team to receive the honor to join Puerto Rican Carlos Delgado (2000), his compatriot José Bautista, who achieved it twice (2010 and 2011) and third baseman Josh Donaldon (2015). ).

Guerrero was the home run leader alongside Venezuelan Salvador Pérez (Royals) with 48 homers each, as well as a .311 batting average and 111 RBIs.