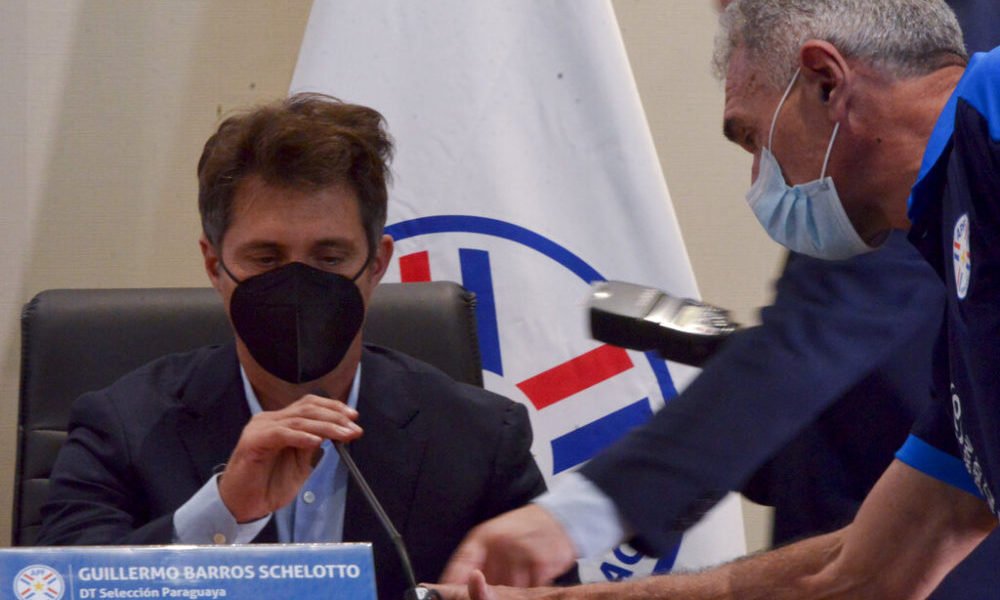 Argentine Guillermo Barros Schelotto took over the leadership of the Paraguayan soccer team on Saturday with six games remaining in the South American qualifiers for the Qatar 2022 World Cup.

“This team is very important to us. We will go after that dream ”, of intervening in the World Cup, said Barros Schelotto.

The debut on the coach bench will be on November 11 in Asunción, in the match with Chile. Later, on the 16th he will face Colombia in Barranquilla.

The 48-year-old helmsman will be assisted by his twin brother Gustavo in the work he had been doing, with ups and downs, Eduardo Berizzo, who was disaffected after the recent 4-0 defeat suffered by Bolivia in La Paz.

You can also read:  A brother of Maradona wants to stand in the Naples elections

“Today we need to win. There is no time to work two years with the squad and establish a game system; everyone’s commitment should be to support us. The important thing is to be united, regardless of how we arm the attack. A party is not won by talking, “he said at the press conference. He is the seventh coach of Argentine nationality since 1921 to take charge of the local team.

He added that “we are four points away from the qualifying (zone).”

Paraguay with 12 points occupies the eighth position in the table, currently away from the classification zone directly – the first four – or through the playoffs to which the team that finishes in fifth place will go.

You can also read:  Butragueño upset with the refereeing: "Yellow was enough"

The Guaraní team has not attended a World Cup since South Africa 2010.

“We know the mettle and especially the character of Guillermo and Gustavo that, we are sure, will lead us to achieve the goal: go to the World Cup,” said Robert Harrison, president of the Paraguayan Association. He clarified that the contract was signed until the end of the Copa América 2024.

You can also read:  Luis Suárez's bite of Ivanovic inspired «9», the hidden face of football

More relaxed and giving the press conference a touch of color, after answering a torrent of questions, Guillermo said that journalists will not confuse him with his twin Gustavo “because we are not the same, we are only similar.” (AP)