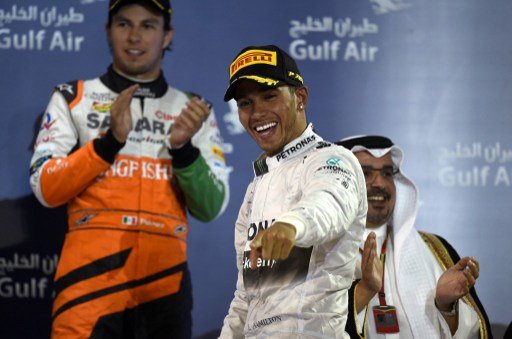 Englishman Lewis Hamilton (Mercedes), winner of the last two Formula One Grand Prix, Malaysia and Bahrain, said this was “fantastic”, not only for his team – his German teammate Nico Rosberg, world leader , was second-, “but for the sport” and that if he “could achieve a third victory in a row, it would be incredible.” “It was nice to have some rest after such a long season away from home, but I am already looking forward to getting in the car,” said Hamilton, 29, winner of 24 races and author of 33 pole positions.
“The Bahrain race was fantastic, not only for us, as a team, but for the sport: and I am convinced that it will not be the last time we will see a great show this year,” explained the 2008 world champion, in a statement. that his team released today, Tuesday.
I’m in a great position right now; and walking around the garage you realize that there is a lot of positive energy in the team. Everyone is focused on getting the most out of these first few races so that we can continue to build on this sensational start to the season, ”said Hamilton.
«In China, everything has happened to me. On the one hand, I only finished off the podium twice at this circuit. But, on the other hand, in my first season in Formula One I threw the leadership of a championship here, when I went out to the gravel in an entrance to the ‘pit lane’, “said the Englishman.
«But, in general lines, every time I come I feel stronger at this track, which suits my riding style perfectly. The goal, as always, is to win. And if I could get a third win in a row, it would be amazing, ”said Hamilton. EFE