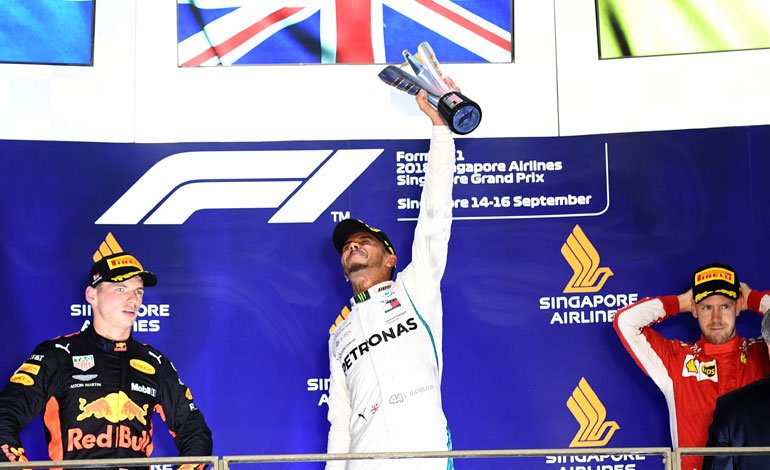 The 33-year-old, who started from pole, scored his 69th career win, and now has a 40-point lead over Vettel in the overall standings with six races remaining this season.

In the constructors’ standings, Mercedes beats Ferrari by 37 points.

“The team gave everything but it seemed like one of the longest races of my life,” confessed an exhausted Hamilton as he got out of his car.

The quadruple world champion made a very good start that allowed him to lead the race when the safety car entered on the first lap after the accident between the two Racing Point Force India of Mexican Sergio Pérez and French Esteban Ocon, who had to leave.

Hamilton scored his fourth victory on the streets of the Asian city-state.