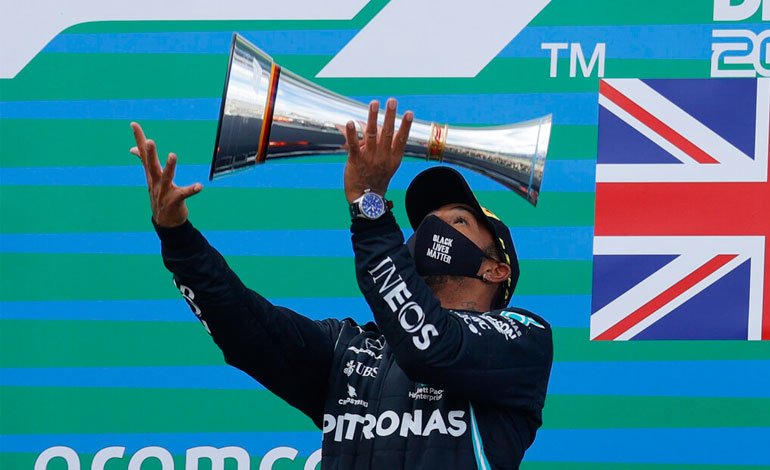 For his seventh victory in 2020, Hamilton prevailed in front of Dutchman Max Verstappen (Redbull) and Australian Daniel Ricciardo (Renault), who offers his team its first podium since 2011, after starting second on the grid.

The Briton took advantage of the mechanical problems of his Finnish teammate Valtteri Bottas, who had to leave on the 17th lap of the 60 that he had this eleventh race of the season, and an impeccable race strategy.

You can also read:  Ferrari presented the SF16-H, its new Formula 1 car

Hamilton’s first F1 victory dates back to the 2007 season, at the Canadian Grand Prix in Montreal, in a Mercedes-powered McLaren.

And it was Mick Schumacher, son of “Schumi”, who offered Lewis Hamilton a helmet from his father before the Briton took the podium for the 160th time in his F1 career, in 261 contested grands prix.

In the World Cup, Hamilton now has a 69-point lead over Bottas and 83 over Verstappen. Barring a major catastrophe, he is well on his way to equaling another record by the legendary German driver, winning a seventh Formula 1 world champion title.