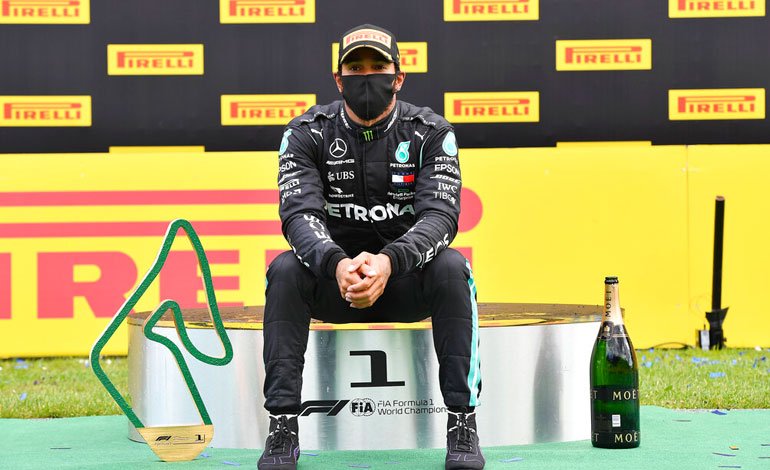 Few voices are more accomplices of Lewis Hamilton within Mercedes than that of Toto Wolff. That is why the veracity of his words is not questioned when he assures that this is not another World Championship in the flawless trajectory of the English pilot.

Hamilton is on his way to becoming the best and most successful driver in Formula One history, insatiable behind the wheel of the most dominating car ever. Nobody has more podiums than the British, 156. No more starts from pole, 92. He has only three victories left to reach the 91 for Michael Schumacher and just one title to equal the seven of the German. These last two milestones could expire this year.

Lewis Hamilton left the Barcelona-Catalonia circuit with 37 points ahead of the World Cup. He won for the fourth time so far this year, leaving as the only concessions the triumphs of his teammate Valtteri Bottas in the opening race in Austria and of the Dutch Max Verstappen (Red Bull) in the second week of activity at Silverstone.

You can also read:  Wehrlein fastest on first day of testing at Spielberg

In Montmeló he prevailed with sufficiency. He started and finished first, without any distraction.

Toto Wolff assured at the end of the test that the anti-racist fight that Lewis Hamilton undertook after the death of George Floyd at the hands of a policeman in the United States multiplied his motivation. The Briton wants to become the best driver in the history of Formula One by 2020 to have a more powerful speaker in his claim.

In Barcelona he again wore a black T-shirt with the slogan Black Lives Matter (black lives matter). Getting out of the car, already as the winner of the Spanish Grand Prix, he pointed to a specific place on his helmet: the space where a clenched fist appears. That same image that brings together his crusade against racism illustrates the profile on social networks of the only black driver on the grid.

You can also read:  The French motorcycle racer Toniutti "stable and serious" after crash in the Dakar

“Lewis has always brought out the best in him when he battles adversity and the Black Lives Matter movement touches his heart. It certainly helps his motivation, ”Wolff revealed.

To contribute to the Stevenage driver’s anti-racist campaign, Mercedes decided to color his silver arrows black. That color is also the monkeys used by Lewis Hamilton and Valtteri Bottas.

The Finn will continue at Mercedes for at least one more season. He is a good squire for the British, even losing the comparison with him.

“I do not have the answer to explain where the difference is between us, but it is quite large,” assumed the Finn.

You can also read:  Hamilton mourns the death of his friend Emilio Botín

He’s not even second in the Drivers’ World Championship. Verstappen surpasses him by 6 points.

It seems, therefore, that Lewis Hamilton will not find obstacles towards the conquest of his seventh title.

As an incentive, he also finds the possibility of matching Schumacher’s 91 victories at the Ferrari house in Mugello. He should win first at Spa and Imola.

“We all grew up watching Michael and dreamed of one day being where he was. But everything that is happening to me right now is far better than what I dreamed of as a child. I am truly grateful. Michael was an incredible athlete and racer and it is an honor to be at his level. I hope the Hamilton family is proud of me, ”said the Englishman. AP (HN)