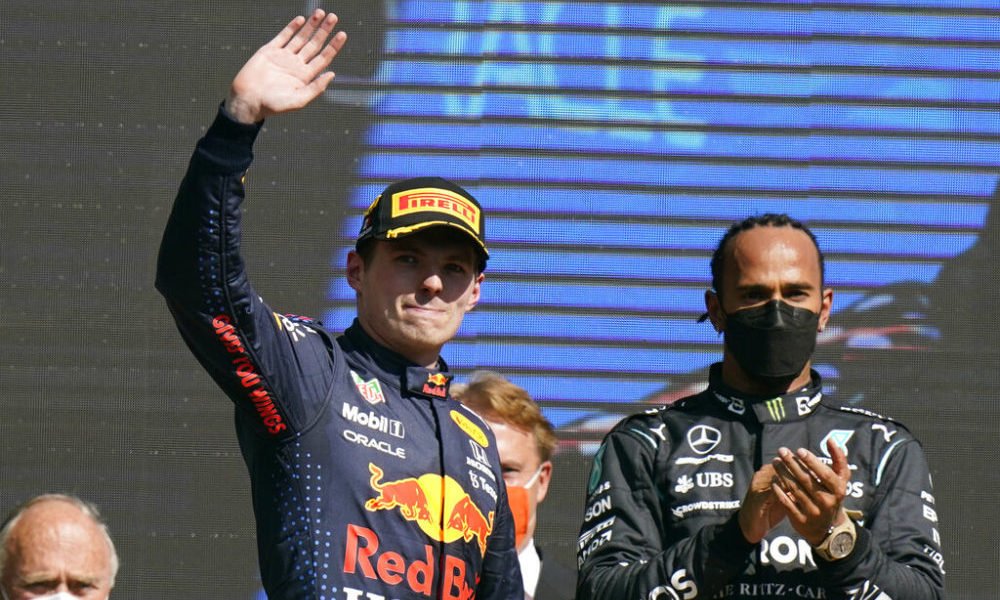 The British Lewis Hamilton, reigning champion of Formula 1 and star racer for Mercedes, recognized the superiority of the Red Bull cars driven by the Dutch Max Verstappen and the Mexican Sergio Pérez who on Sunday made the 1-3 in the Grand Prix of Mexico.

“His car was much superior this weekend and there was nothing we could do about it,” acknowledged Hamilton after finishing second at the Autódromo Hermanos Rodríguez in Mexico City, away from Verstappen -at 16,555 seconds- and in a rush for the race. Perez pressure on the outcome of the race.

“I gave absolutely everything and even, obviously, a great fight with Sergio at the end,” said Hamilton, who remains second in the drivers’ standings with 293.5 points, already 19 behind Verstappen, the season leader.

You can also read:  Hamilton goes for 5th title to match 'godfather' Fangio

With four races to go in the 2021 series, Verstappen is going for his first world title in Formula 1 without falling into excess of confidence for having increased his advantage over Hamilton.

“Of course it looks good (the outlook for the closing of the season), but it can also change very quickly, so in each race we have to try to specify the details,” reflected Verstappen, emphasizing that “it is going to be very tight and exciting until the end.

Regarding the Grand Prix of Mexico that he won with authority, the Dutch midfielder summarized: “I went from third to first and that was basically what made my career, because then I could concentrate on myself. We had an incredible pace in the car.

You can also read:  Ericsson earns $3.1 million for Indy win

For his part, ‘Checo’ Pérez was left with a bittersweet feeling because just as he was about to take second place from Hamilton, he became the first Mexican to get on the podium in the history of the Mexican Grand Prix.

“Definitely being on your podium at your home Grand Prix is ​​something very, very special. Obviously, he wanted more, he wanted to win the race; finishing one-two for the team would have been incredible, ”said ‘Checo’ Pérez.

Located in fourth place in the world championship with 165 points, Pérez pointed out that «we are so competitive people that if we finish third we don’t really enjoy it, but today is one of those days that I should enjoy because of the support of the crowd and to see so many happy people”. (AFP)

You can also read:  A photographer is killed during a rally in Corsica