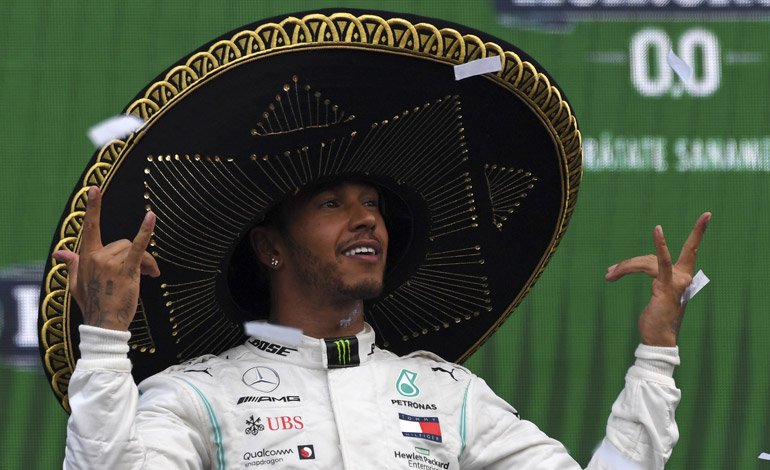 Lewis Hamilton says he sees “signs of weakness” in his rivals when they express doubts about whether he is able to withstand the pressures associated with his success.

The Mercedes driver will go for his seventh title this season, which would allow him to match Michael Schumacher’s all-time record, and is seven wins away from tying another great record, 91 wins.

Red Bull’s Max Verstappen finished third after another remarkable campaign. The 22-year-old Dutchman had three victories and had some vibrant duels with Hamilton in Monaco and Hungary. Verstappen said last week that he could beat Hamilton with a good car.

You can also read:  Pilot dies when crashing into a wall (Video)

Hamilton, who is at Silverstone, where Mercedes tests its new W11 car, was asked what he thought of the things being said about it.

“I find it fun. I always preferred to speak on the track, ”said Hamilton through a video from the team’s garage. “I tend to think that things like that are a sign of weakness.”

Fernando Alonso, a two-time F1 champion, recently stated that rivals do not exploit Hamilton’s weaknesses, without clarifying what they are.

Mercedes has the fastest and most reliable car since winning the first of its six straight doubles (the drivers ‘and constructors’ titles) in 2014. Ferrari was faster at times, though only on the straights. And the Honda engines used by Red Bull are the ones that improved the most in the past year.

Verstappen feels more and more confident of his possibilities with a competitive car.

“Lewis is very good. Without a doubt one of the best, but he is not God ”, declared last week. “When you push them, things become more difficult for those who go ahead. If they never rush you, you can drive at 97% or 98% of your chances and never make mistakes, or maybe a 21 or 22 ”weekend.

He answered “yes” when asked if he could beat Hamilton, although he added that to do so he has to have “a very reliable car.”

Hamilton has not been seriously pressured since the 2016 season, when teammate Niko Rosberg clinched the title in the final race and then unexpectedly retired from F1.

Hamilton, 35, has been preparing a lot physically and this week told his followers on social media that he feels “physically and mentally on another level.”

He noted on his Twitter account that last year he showed up for preseason rehearsals “with a lot of water in my body and weighing about 78 kilos. But this year I’m weighing 73. I still have to burn more stands and get more muscles, but I’m working on it. “

Pre-season rehearsals begin next week and the season kicks off with the Australian Grand Prix in Melbourne on March 15. AP