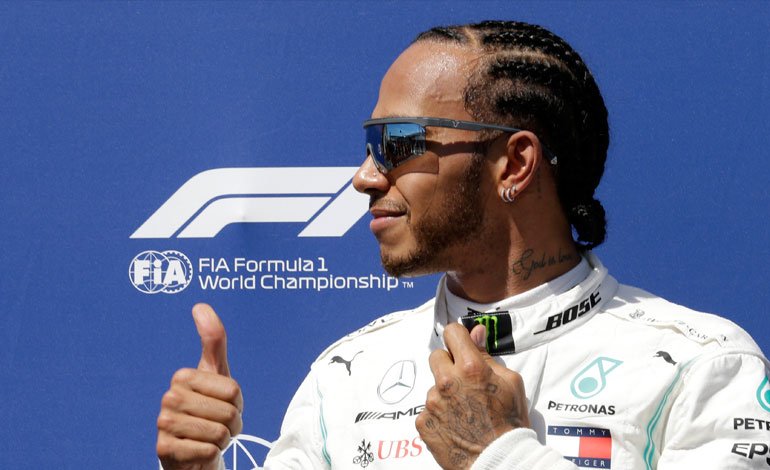 Lewis Hamilton shone again when it mattered, claiming his 86th career pole position on Saturday for the French Formula One Grand Prix.

It was an entirely different story for Ferrari driver Sebastian Vettel, who qualified only seventh for a race he has to win if he is to keep alive his slim hopes of claiming the Formula One title.

The defending champion Hamilton is seeking his sixth world title and has won five of the seven races this season.

Hamilton again picked up the pace in qualifying and finished 0.286 seconds ahead of his Mercedes teammate Valtteri Bottas, who was the fastest in all three practice sessions.

You can also read:  Alonso: Winning in Brazil secures the title by 80 percent

“Valtteri has been fast all weekend. I’m really happy that I took advantage of the potential of the car, ”said Hamilton. “That is why we have such a strong team. In all the elements we are at full speed ”.

The Brit credited Bottas for helping him raise his bar.

“I feel strong,” said Hamilton. “I am constantly being pushed by Valtteri.”

Bottas, who is driving much better than last year, missed his chance to win his 10th career pole, but thinks he has a good chance of putting pressure on Hamilton from the start on Sunday.

“Second place is good here because there is a long stretch before the first corner,” said the Finn. “I think Lewis had a really, really good lap and he’s super tight between us and in qualifying the details are everything.”

You can also read:  Leclerc on pole position ahead of Verstappen at Australian GP

But it was a disappointing performance for Ferrari’s Sebastian Vettel, who took pole two weeks ago at the Canadian Grand Prix, but this time he was outmatched by McLaren drivers Carlos Sainz Jr. and Lando Norris – a 19-year-old driver. competing in his in his debut F1 campaign.

“I don’t know what happened, I lost a lot of speed,” Vettel said. “It was a day of ups and downs. Some laps I was good and others not. I didn’t get the most out of the car, but it was difficult for me. ” AP

You can also read:  Fernando Alonso celebrates his birthday thinking of Hungary