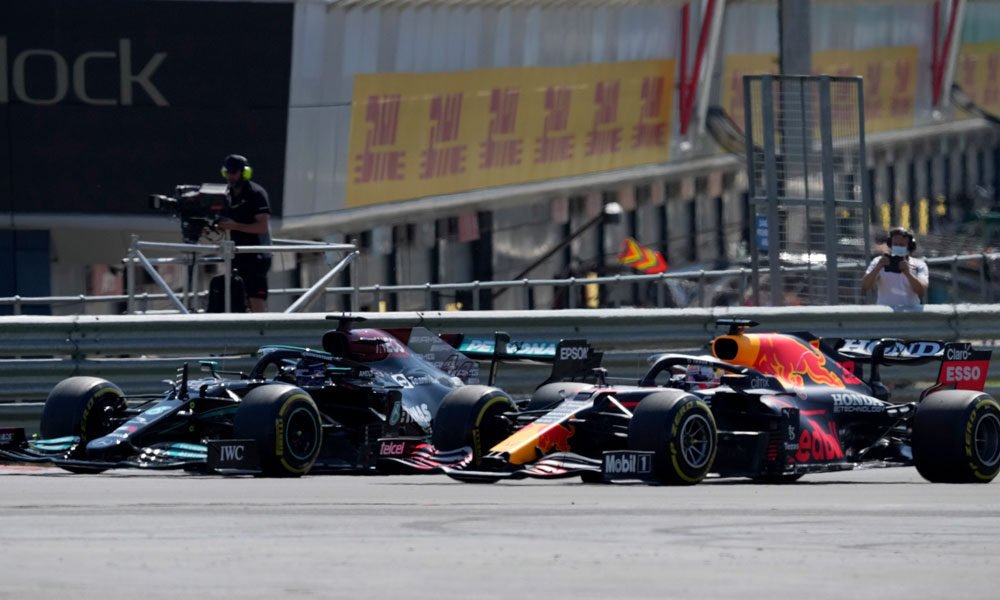 From the all-out duel between Lewis Hamilton (Mercedes) and Max Verstappen (Red Bull), to the huge surprise of Esteban Ocon (Alpine) in Hungary, the summer break is the perfect opportunity to analyze what the first half of the game has given of itself. year in Formula 1.

– Hamilton-Verstappen, tension at the top –

Finally someone stands up to Hamilton! Thanks to Red Bull’s recovered speed, Verstappen has in 2021 the same weapons as the seven-time world champion. Four wins for Hamilton and five for Verstappen in 11 races, with 195 points for the first and 187 for the second.

The 36-year-old Brit wants his eighth crown to overtake Michael Schumacher, while the 23-year-old Dutchman fights for his first windup. A rivalry that has entered another dimension after their spectacular crash at Silverstone, ending Verstappen against the wall. The Red Bull, leader of the World Cup until Sunday, is the big loser at the beginning of the summer after another accident suffered in Hungary.

You can also read:  Formula One 2018 opens the curtain in Melbourne

Already in quarantine, Fernando Alonso has not lost powers. Back in F1, the Spaniard has shown his skills many times at the Alpine wheel. At Silverstone, when he overtook six cars in one lap, and in Hungary, heroically resisting Hamilton’s attacks in a battle from another time, the current 11th-place finisher remembered his best moments as world champion in 2005 and 2006.

Ferrari has improved, after its worst season (6th) since 1980, but it remains a shadow of itself. Carlos Sainz, twice 3rd, and Charles Leclerc, 2nd on one occasion, have come close, but the Scuderia have still not won since 2019.

By not being able to modify in depth its weak car from the previous year due to the freezing of the evolutions, the most awarded team in history works with its sights set on 2022, a year of regulatory revolution. Will there be an Italian renaissance?

You can also read:  Miami dresses up to receive F1 for the first time

Before his accident in Hungary, which caused him to leave for the first time in 2021, Lando Norris was the only one who had scored in all the Grands Prix. Third in the World Championship, the Briton is the first of the ‘mortals’ and at 21 he is already the leader of McLaren, with twice the points of his new teammate, Daniel Ricciardo.

There was only one chance and he took it: Esteban Ocon conquered his first GP at the age of 24. A huge surprise given the potential of Alpine-Renault, which rose from 7th to 5th in the constructors’ standings thanks to the French team’s first win since its return to F1 in 2016. Ocon, whose best result this year was a 7th place , is 10th in the World Cup.

You can also read:  Meeke dominates the first day of the Corsica rally

Besides Ocon, Hamilton and Verstappen, only the Mexican Sergio Pérez (Red Bull), in Azerbaijan, has been able to achieve a victory. In his particular fight against the second Mercedes driver, Valtteri Bottas, he won 1-0, despite the fact that the Finn, 4th in the drivers’ standings, surpasses’ Checo ‘in one place.

The oldest of this edition, 41-year-old Kimi Räikkönen, is perhaps experiencing his last moments in Formula 1. The 2007 world champion with Ferrari roams this season with his Alfa Romeo in the tail positions of the grid, and it is 17th of the table with two points.

– Mick is not yet Schumacher –

Michael’s son, Mick Schumacher reached the elite without making much noise and in the worst team: Haas. Schumacher and his Russian partner Nikita Mazepin are not performing at a good level. The two rookies have multiplied the tops and crashes and have not achieved a single point. AFP (HN)