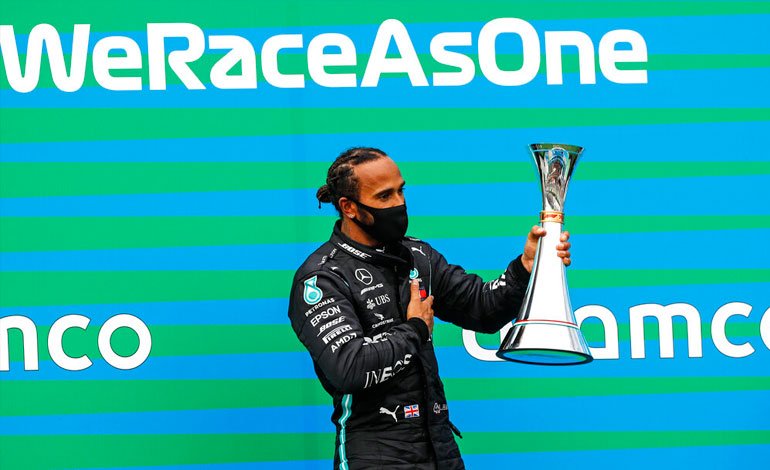 Britain’s Lewis Hamilton (Mercedes) achieved his second consecutive triumph in three rounds in Hungary since the start of the Formula 1 season and took the lead in the World Championship with his victory at the Hungaroring circuit in Budapest.

Hamilton, who had started from pole position, was accompanied on the podium by the Dutchman Max Verstappen (Red Bull), the star of a great performance after starting from seventh on the grid and despite an accident that he suffered fifteen minutes away from the start, in which he damaged his car, and by the Finn Valtteri Bottas (Mercedes).

Hamilton, who also got the extra point for the best lap of the race, takes the lead in the World Championship, now five points ahead of Bottas, who had arrived in Hungary as the leader.

The Briton, who aspires to a seventh world title in the drivers category to match the legendary Michael Schumacher, dominated this third round of the season with authority. The previous two had taken place on the same circuit, the Red Bull Ring in Spielberg (Austria).

Only the first five cars of the race were able to finish on the same lap as Hamilton this Sunday.

Verstappen had a somewhat turbulent weekend, but finally productive with his second place this Sunday.

The young Dutchman started from afar, from seventh on the grid, and alarms went off at the start of the day due to his accident, even before the warm-up lap.

You can also read:  Rosberg: "I feel privileged to have the best car on the grid"

Its mechanics managed to solve the problem in fifteen minutes, changing the wing and repairing the left front axle, which had been damaged when colliding with a safety barrier.

«Many thanks to the mechanics. You saved the day, you guys are legendary, ”Verstappen told them over the car radio once he had crossed the finish line. AFP (HN)