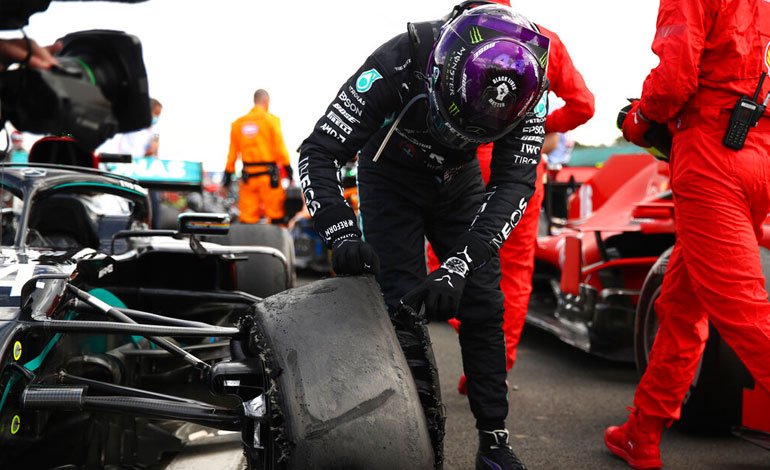 Briton Lewis Hamilton won with a flat tire for the seventh time at the Silverstone circuit and came out of the leading British Grand Prix in the Formula One World Championship.

The Mercedes driver has won three consecutive Grand Prix wins, those of Styria, Hungary and Great Britain, and is walking with determination towards his seventh title. At Silverstone he started from pole and held the first position despite crossing the finish line on a flat tire, in an absolutely dramatic finish.

Precisely because of a similar set his teammate, the Finn Valtteri Bottas, lost second place and his place on the podium, not like Lewis Hamilton.

You can also read:  Alain Prost claims he was Senna's "motivation" on the track

“He is a lucky boy”, they ironized from Red Bull.

And is that the Dutch Max Verstappen could have hunted the English, although the bet of his team to sign the fastest lap took him away from the victory. Finished, by a slim margin, second.

The Spanish Carlos Sainz (McLaren), who also punctured on the last lap, lost fourth place and did not score.

You can also read:  Neuville leads to the final stage with Mikkelsen and Ogier one step away