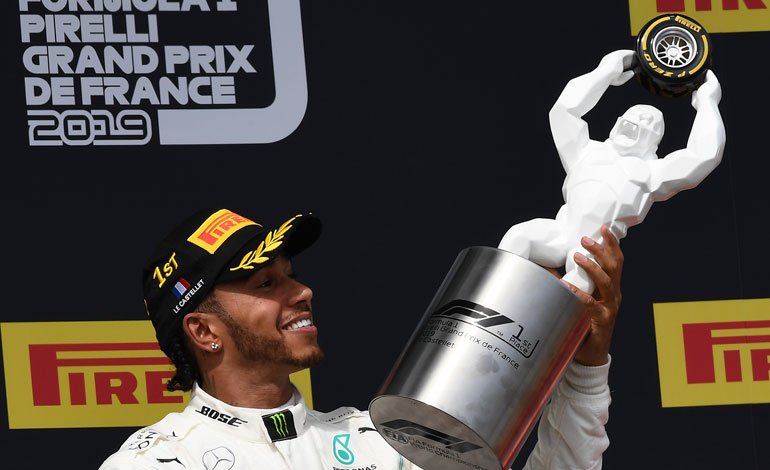 Lewis Hamilton won the French Formula 1 Grand Prix ahead of his teammate Valtteri Bottas, confirming the absolute dominance of Mercedes in the World Championship, in which they have won every race since the start of the season.

It is Hamilton’s 79th win since the start of his career, and the 6th this season, by two for Bottas. This allows him to increase his advantage over his teammate in the Drivers’ World Championship standings.

Hamilton, who started from pole, led the race from start to finish after easily containing Bottas’ overtaking attempts at the start.

You can also read:  Ogier leads the Monte Carlo Rally

And that at the end of the race he lamented the poor condition of his tires and the heat that existed on uneven asphalt, although he acknowledged that he was experiencing “the best start to the season and to the World Cup.”

In a race without much emotion, the presence of a cone next to the track, but quickly picked up by a track commissioner, was one of the highlights.

Charles Leclerc threatened Bottas’ second place in the final laps, but failed to overtake the Finn.

Hamilton allowed himself to break the track record on several occasions, but it was the German Sebastian Vettel (Ferrari), fifth, who took the extra point for the fastest lap in the race, after having stopped to the pits to put his Ferrari on tires new.

You can also read:  Márquez consolidates his leadership of the World Cup

There was also a lively fight between Daniel Ricciardo (Renault), Lando Norris (McLaren), Kimi Räikkönen (Alfa Romeo) and Nico Hülkenberg (Renault) for seventh place, of which the Australian was the winner. AFP