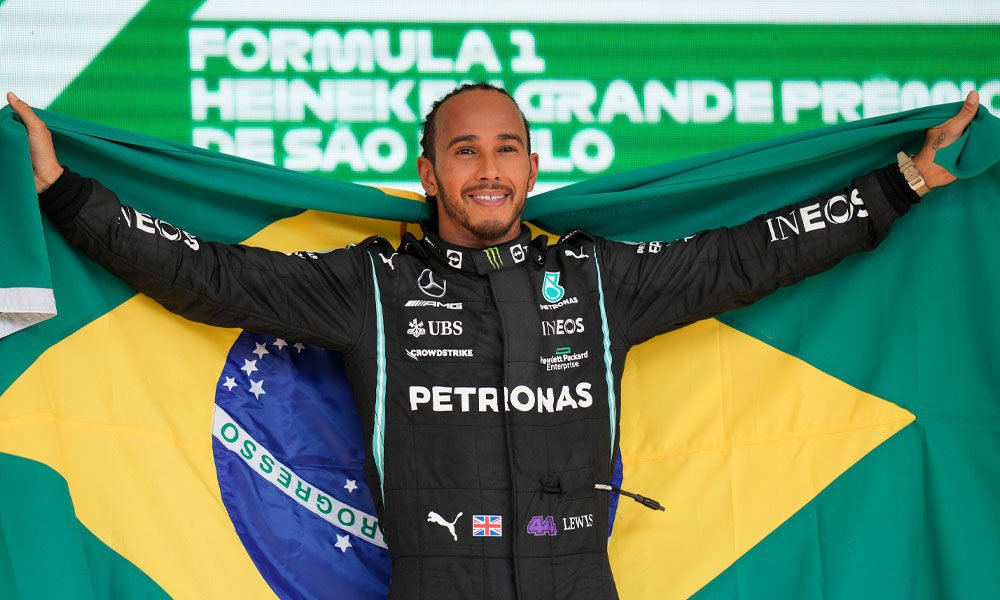 After starring in a memorable comeback, Britain’s Lewis Hamilton (Mercedes) won the Brazilian Formula One Grand Prix this Sunday and cut distance from the championship leader, the Dutch Max Verstappen (Red Bull), who was second.

Although he started in tenth position, after a five-seat penalty that crowned a weekend of torment, the reigning champion climbed positions until he surpassed Verstappen on lap 59 of 71, who led the competition from the start, with fleeting interruptions after the income to ‘pits’.

Eleven laps before passing him, Hamilton began to warm up the Brazilian public, surrendered to his talent at the home of the legendary Ayrton Senna, with an attack on his main rival that ended with both briefly out of the circuit.

Finn Valtteri Bottas completed the podium and 1-3 for Mercedes, now eleven points clear of Red Bull in the constructors’ championship, which the silver dates have won steadily since 2014.

“What career! The team did a great job, Valtteri did a great job. With the sanctions, this is the most difficult race weekend I have ever had, ”said Hamilton excitedly, cheered on by the thousands of Brazilians who attended the São Paulo track.

You can also read:  VIDEO: Impressive police chase of a sports car!

With his sixth win of the season and his first since the Russian Grand Prix in September, the seven-time world champion reduced the Dutchman’s distance in the drivers’ standings from 21 to 14 points.

In the absence of three Grand Prix by the end of the season – Qatar next week, Saudi Arabia and the United Arab Emirates – Verstappen has 332.5 units against Hamilton’s 318.5. Bottas is third (203).

First place on the Interlagos circuit, in Sao Paulo, whose 2020 race was canceled by covid-19, fuels Hamilton, winner on the Saopauline track in 2016 and 2018, for the final stretch of an electrifying season.

In addition to preventing Verstappen from achieving his third consecutive win, following successes in the United States and Mexico, the 36-year-old Briton put on a display of resilience and driving skills in a weekend of torment for him.

You can also read:  Mercedes does not close the doors on the arrival of Sebastian Vettel

Although he dominated practice and qualifying on Friday, his times were declassified due to an irregularity in the movable rear wing (DRS) of his car, forcing him to start in the last position of Saturday’s sprint race.

Even so, he came back fifteen positions and was fifth in the third and last mini-race of 2020. Due to the penalty, this Sunday he started in the tenth box due to a five-seat penalty imposed for having exceeded the engine change quota of the season.

Despite everything, from the start he showed the speed of Mercedes’ men (Bottas conquered the pole) that keeps the fight for the title alive.

– “Decent advantage” –
Behind the podium entered the Mexican Sergio Pérez (Red Bull), the Monegasque Charles Leclerc and the Spanish Carlos Sainz (both from Ferrari), the French Pierre Gasly (AlphaTauri) and Estéban Ocon and his partner, the Iberian Fernando Alonso (Alpine-Renault ), and Britain’s Lando Norris (McLaren).

“We still have a decent lead, so today we tried to limit the damage. I am sure we will come back stronger in the next races, ”said Verstappen.

The 24-year-old Dutch rider, who is seeking his first world championship, controlled as far as he could the superiority of Hamilton, whose dream of victory seemed to fade when his lieutenant lost the first position at the start.

Winner in Sao Paulo in 2019, Verstappen rolled calmly until his adversary began to appear in his mirrors, supported by the Brazilians who, in Interlagos, attended the first major massive sporting event in Brazil since the arrival of the pandemic.

The Briton returned their affection by carrying the green-green flag at the top of the podium, leaving the fight for his eighth title open and starring in a valid one for history. AP