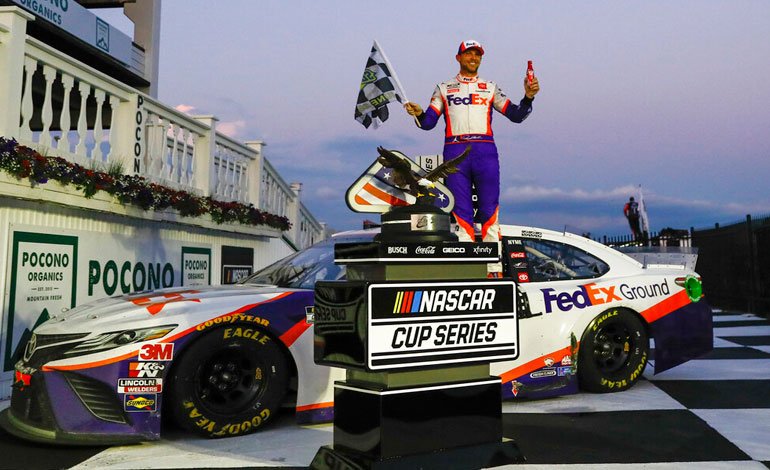 Round two at Pocono went to Denny Hamlin, who was in the spotlight Sunday, especially in the winner’s circle, after claiming his fourth win of the season as night fell.

Hamlin held off Kevin Harvick to win the weekend’s second Cup competition at the Pocono track and upset the result of the first race. The 1-2 of both drivers is a clear sign that two of the best in the series are preparing to fight for the title until the end.

“We just want to get to the last four dates with one shot,” he said.

Hamlin has four wins this season for Joe Gibbs Racing, and Harvick has three for Stewart-Haas Racing, as they separate from the rest of the competition.

You can also read:  Lawyer will be the first Paraguayan woman to compete in Desafío Guaraní

Hamlin is racking up milestones as he chases his first NASCAR Cup title. He has 41 wins and ranks 19th on the series’ all-time list and his sixth win at Pocono is the most in the 2.5-mile trioval, tied with Jeff Gordon.

“It’s hard to believe I haven’t won here for so long in the middle of my career,” Hamlin said of his results at Pocono.

Hamlin headed for his fourth win of the season to cap off a marathon racing session at the track, which hosted three NASCAR races and the night session. Pocono doesn’t have lights, but that didn’t stop Hamlin from winning for the second year in a row at this track. AP (HN)

You can also read:  A record auction for Michael Schumacher's car