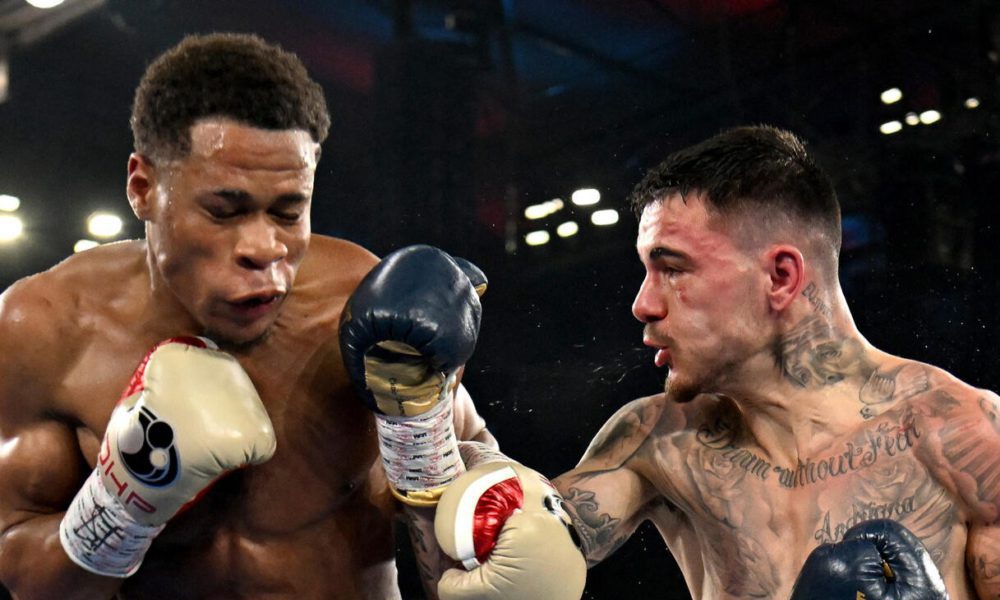 Haney, who holds the World Boxing Council (WBC) title, successfully defended his belt for the fifth time and, in the process, snatched the World Boxing Association (WBA) and International Boxing Federation (IBF) belts from Kambosos. IBF) and the World Boxing Organization (WBO), with a unanimous verdict.

The victory made him the first undisputed lightweight champion since Pernell Whitaker in 1992 and the first of the four-belt era, which began in 2004.

You can also read:  Fury and Wilder complete their heavyweight title trilogy

The victory in the 135-pound limit bout stretched the 23-year-old’s phenomenal record to 28-0 with 15 KOs, while the 28-year-old Kambosos suffered his first professional loss in 21 bouts since debuting in 2013.

This achievement elevates Haney to an exclusive boxing club.

He is the eighth boxer to simultaneously hold the four belts of the main sanctioning bodies: WBC, WBA, IBF and WBO. (AFP)