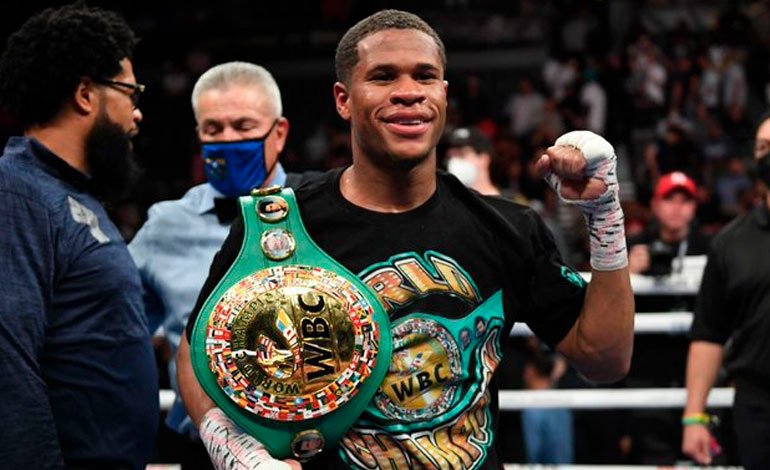 The lightweight champion of the World Boxing Council (WBC), the American Devin Haney, retained his title with a victory contested by way of a unanimous decision over the contender, the Venezuelan Jorge Linares.

The American champion, a native of San Francisco, was injured in rounds 10, 11 and 12 by the punishment that Linares, 35, gave him, although he shook his head, but looked clearly injured and in survival mode in episodes 11 and 12 with actions to go to the melee, but to hold on to the Venezuelan fighter, a native of Barinas.

You can also read:  Cuban champion hospitalized after assault with a firearm

Despite holding Linares over and over for most of the last three rounds, Haney was never warned by the match referee for the tactic the champion was using.

But it did annoy fans who witnessed the fight that they started booing the champion for good reason down the stretch of the fight, including during his post-verdict interview.

The one given by the three judges who marked the cards in favor of the American champion, who was able to retain the world crown, in another decision that left more questions than certainties, something that is already common in the world of boxing sport.

You can also read:  Floyd Mayweather said he was retiring from boxing on Saturday

After the fight, Haney claimed that he was never injured in the fight and that he beat Linares easily, saying that he is ready to unify the title against Honduran American Teofimo López if that is on the cards.HN)