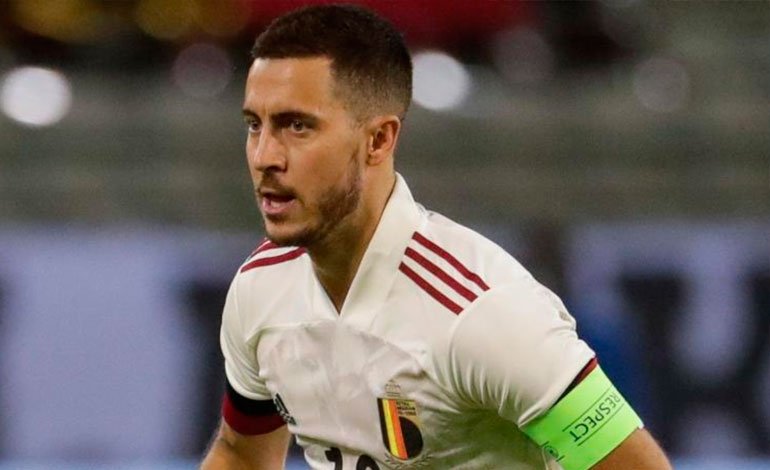 The captain of the Belgian team, Eden Hazard, commented this Thursday that he is not yet “one hundred percent” and that he still has to speak with the coach, Roberto Martínez, and with the medical team to see what his role will be in the debut of the “Red Devils” on Saturday against Russia.

«I was able to play 10 minutes against Croatia (in the friendly last Sunday). I’ve only done a full week of training. We will see with the medical team what I will do for the first game. To begin with, it will be the coach’s choice, but I’m not 100% yet, so we’ll see what we’ll do,” he said in an interview with public broadcaster RTBF.

You can also read:  USA and Canada for first win in qualifying rounds to Qatar-2022

The Real Madrid attacker has lived through two seasons without continuity and plagued by injuries and arrived at the Belgium camp in cotton wool, still with discomfort in one leg.

The “Red Devils”, third in the 2018 World Cup in Russia and with footballers such as Hazard himself, his Real Madrid partner Thibaut Courtois, the Atlético de Madrid winger Yannick Carrasco, the Inter Milan striker Romelu Lukaku or the midfielder Manchester City’s Kevin de Bruyne, are one of the favorite teams to win the tournament.

“Now when we play for the ‘Red Devils’ we always have that pressure on us. Because of what we’ve done in the past, people always expect us to do better. We know we did something magnificent three years ago at the World Cup. We are going to concentrate to try to do better. We have potential in the team,” Hazard said.

You can also read:  Xavi: «We are very excited to start well»

The footballer, who in a joking interview this week had said that if Belgium won the European Championship he would leave the national team, once again raised a question about his eventual withdrawal from the national team.

“I don’t know, we’ll see,” he said when asked about that possibility. EFE. (JL).