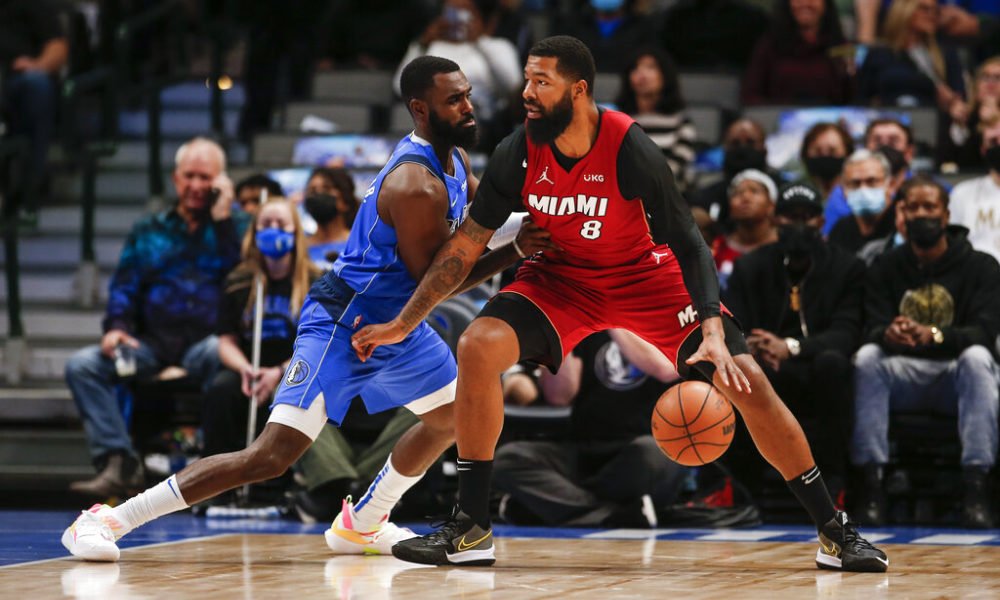 With Kyle Lowry’s best game in Miami, the Heat last night added their fifth consecutive victory against the Dallas Mavericks while the Los Angeles Lakers solved a tough confrontation against the Houston Rockets, who were able to win with a final shot from Kevin Porter Jr.

In Dallas, Luka Doncic’s 33 points could not prevent the Miami Heat from beating the Mavericks 125-110 and reaching a balance of six wins and one loss.

The Heat thus equate the Chicago Bulls in the first position of the Eastern Conference while the Mavericks are fourth in the West with a record of 4-3.

Veteran point guard Kyle Lowry had 22 points, 6 triples and 9 assists in his best game since landing in Miami in August after a successful stint with the Toronto Raptors.

Our coaching staff “have let me go out and do things and have adapted to me,” said Lowry. “We have a good group that can do everything. It’s fun. It’s just about being professional and working hard.

Young guard Tyler Herro was once again a dagger from the bench with 25 points and the two Heat stars, Jimmy Butler and Bam Adebayo, finished with 23 and 22 points respectively.

You can also read:  O'Neal, Iverson and Ming among the 10 new members of the Hall of Fame

For the Mavericks, the Slovenian Luka Doncic reached 33 points but, except for guard Jalen Brunson who scored 25, he had little offensive support from his teammates.

In Los Angeles, the Lakers defeated the Houston Rockets 119-117 in a tight finish in which young Kevin Porter Jr. missed the final shot that would have given the Texans victory.

The Los Angeles stellar trio accumulated 84 points, with LeBron James adding 30 points and Anthony Davis and Russell Westbrook another 27 each.

For the Rockets, who still have just one win this season, center Christian Wood had 26 points and 16 rebounds and rookie Jalen Green 24 points and 5 triples.

With little defensive intensity, the Lakers allowed Houston to add 70 points at halftime and reach the final stretch of the game with options, in which Green scored two consecutive triples for the Rockets to get closer to one point (118-117) with 8 , 2 seconds to play.

After being fouled, Malik Monk made only one of his two free throws for the Lakers and the Rockets had the last possession, in which Porter Jr. missed a three-point pitch.

You can also read:  Gianna, daughter of Kobe Bryant, also died in the accident

On their turn, the Phoenix Suns beat the New Orleans Pelicans 112-100 in a game in which their point guard Chris Paul added 14 points and 18 assists.

With this record, Paul advanced in the historical classification of assists to Mark Jackson (10,334) and Steve Nash (10,335).

The Suns, last season’s runners-up, were surprised by the Pelicans in the first quarter (36-22) but went from less to more from the hand of their star Devin Booker.

The guard got 9 of his 18 points in the last two minutes of the game.

With a dominant Giannis Antetokounmpo, the Milwaukee Bucks crushed the Detroit Pistons 117-89 despite the casualties of their other figures including Khris Middleton, quarantined for a COVID-19 positive.

The Bucks, reigning NBA champions, came out determined to end a three-game losing streak and at halftime they were already winning in Detroit by 18 points (57-39).

In the depressed Pistons, last in the Eastern Conference, rookie Cade Cunningham, number one in the last draft, disappointed again, who stayed at 6 points with 2/14 in shooting.

On the other hand, Antetokounmpo led a great choral performance by the Bucks with 28 points, 8 rebounds, 9 assists and 4 blocks in just 27 minutes on the court.

The Greek was the only regular Bucks starter available for the clash due to injuries to Jrue Holiday, Brook Lopez and Donte DiVincenzo, and covid-19 contagion from Khris Middleton.

Results of Tuesday’s day in the NBA: