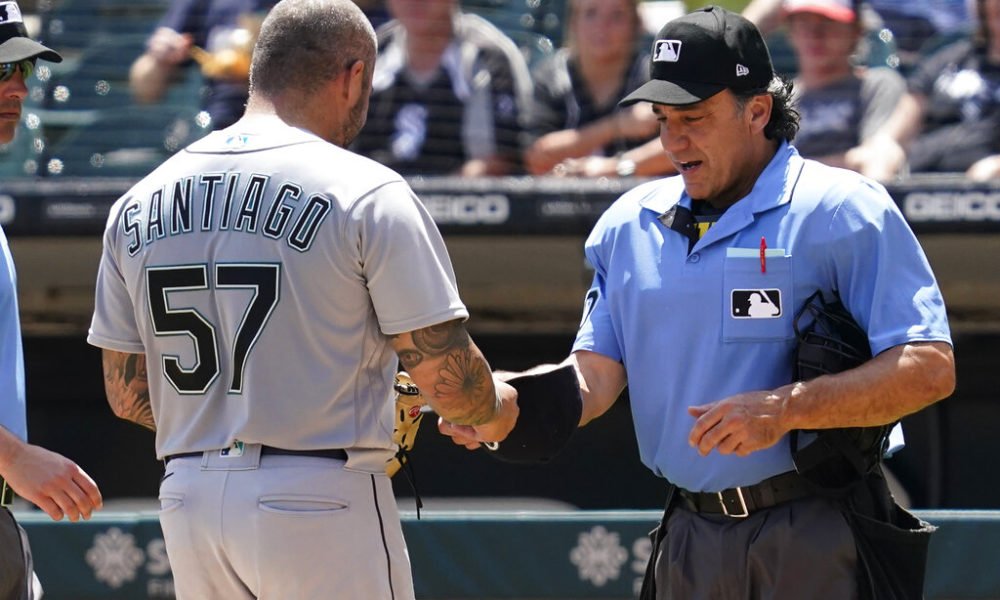 Seattle Mariners pitcher Héctor Santiago became the first player to be sanctioned as part of the new Major League Baseball regulations against the use of foreign substances that help ball adherence.

Michael Hill, a former Miami Marlins general manager and current MLB vice president of sports operations, announced the penalty two days after Santiago was sent off during the game against the Chicago White Sox. He also received a fine for an amount that was not publicly disclosed.

Santiago appealed the decision to John McHale Jr., MLB’s special adviser. The suspension will not go into effect until your appeal is processed.

You can also read:  Darvish “very happy” to join the Padres

The 33-year-old southpaw is in his 10th season in the majors, and his first with the Mariners.

As part of a campaign that began June 21, all pitchers are being watched by umpires during games. Santiago was examined after serving the fifth inning.

Tom Hallion, the umpire boss in the game, indicated that Santiago was sent off for “having a sticky foreign substance on the palm of his hand in his glove.” The pitcher assured that what the referees found is a combination of resin and sweat.

Santiago started the season at Triple-A and moved up to the majors and made his Mariners debut on June 1. He is 1-1 with a 2.65 ERA in nine appearances.

Seattle will not be allowed to cover his position on the 26-man roster during his suspension.