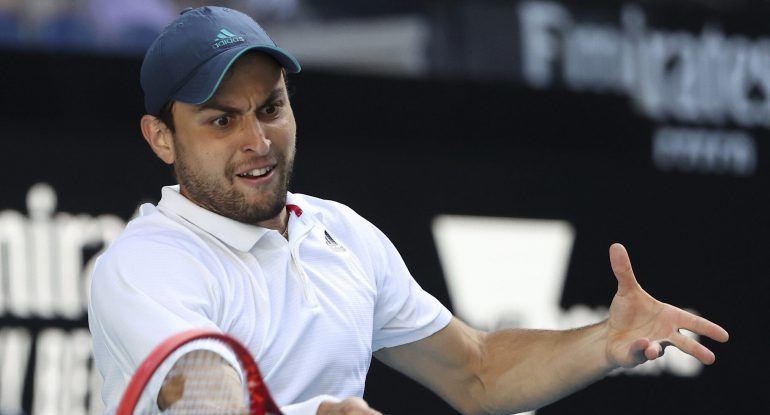 Tuesday will be a day tennis player Alsan Karatsev will never forget. For the quarterfinals of the Australian Open, the Russian defeated the Bulgarian Grigor Dimitrov in four sets by 2-6, 6-4, 6-1 and 6-2 and became the first debutant player in a Grand Slam to reach the semi-finals of the tournament in the Open era of professional tennis that began in 1968.

The game, which was played at the Rod Laver Arena, lasted 2 hours and 32 minutes of play and showed the discomfort in the back area that affected Dimitrov, which accelerated the victory of Karatsev added to his high level. “This is an incredible feeling, because it is the first time I have played a Grand Slam. It has been difficult for me to contain my nerves and the heat has been too much for me, ”said the 27-year-old Russian tennis player after the match ended.

You can also read:  Garbiñe Muguruza to the final of the WTA in Chicago due to the retirement of Vondrousova

Karatsev’s triumph places him on a list of other great milestones in professional tennis. He became the fifth player to qualify in the top four at one of the great tournaments coming from qualifying. The others were John McEnroe, Bob Giltinan, Filip Dewulf, and Vladimir Voltchkov. In addition, he is the second tennis player to achieve it in Melbourne: the other was Giltinan himself in the 1977 edition.

In addition, this is the first edition in a tournament of the greats that Karatsev was able to advance from the qualifying round to the main draw of the contest. He tried it at Wimbledon 2014, the four Grand Slam of 2015, the Australian Open, Roland Garros and the US Open of 2016, and his last attempt was last year on the clay of Paris.

You can also read:  Nadal beats Djokovic after almost three years and reaches the final

Another highlight of the victory for the Russian who does not have ATP titles is that he was the first in two decades to reach the semifinals of a Grand Slam with such a low ranking (No. 114). The last to do so was the Serbian Goran Ivanisevic at Wimbledon 2001 when he was then number 125 in the world. The antecedent? He won on English turf after beating Australian Patrick Rafter in a marathon duel that ended 6-3, 3-6, 6-3, 2-6, 9-7 for the European.

The development of the match between Karatsev and Dimitrov was almost everything for the Russian, who took advantage of his rival’s back pain to win the three consecutive sets after losing in the first set. Precisely, the key to the duel occurred in the second set when the match was 4-4 and the Bulgarian committed two double faults and made mistakes that allowed him to break his rival’s serve and direct his victory in said set. From there, Alsan was far superior and scored it on the court.

You can also read:  Federer resigns to play in Rome quarterfinals

“I prefer not to think about the next opponent, I go game by game. I am really surprised by what I have done, although he has a lot of work behind him ”, confessed Karatsev, who left on the way the Italian Mager, the Belarusian Gerasimov, the Argentine Diego Schwarztman (all in three sets), and who fought to overcome the Canadian Auger-Aliassime (19th) in five sets, awaits his rival to play for a pass to the Australian Open final. (GG) (Infobae)