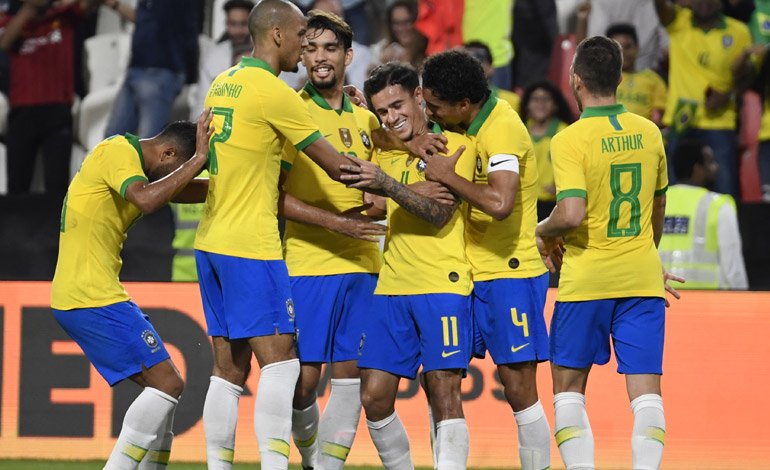 With the organization of the Copa América crossed and touched in defense, the super leader Brazil will have a demanding challenge in Porto Alegre on Friday against Ecuador, the team with the best attack in the South American qualifiers for the Qatar-2022 World Cup.

The surprising announcement of the transfer of the tournament to Brazil, the second country with the most deaths from the pandemic (more than 467,000), clouded the pre-world return of the ‘Selecao’, which has not met since last November, when it was screwed at the top of the beat Venezuela (1-0) and Uruguay (2-0).

Against the clock after the departures of Argentina and Colombia, the last champion and host (2019) fine-tunes details to once again host, between June 13 and July 10, the oldest national team championship.

In the middle stands Argentina’s Gustavo Alfaro’s Ecuador, the revelation of the regional qualifier, with nine out of twelve points, behind only Brazil (12) and Lionel Messi’s Argentina (10).

The ‘Canarinha’ has been silent since last Friday, three days before the change of venue for the Copa América was made official.

You can also read:  Laporta admits that Messi's renewal would have put the club at risk

At Granja Comary, headquarters of the national team in the state of Rio de Janeiro, Tite removed the base that has them as leaders, either out of necessity or conviction, for the game against Ecuador and looking askance at the clash with Paraguay on Tuesday in Asunción .

The muscle injury of the experienced Thiago Silva, 36, which forced him to leave the English Champions League final in which his team, Chelsea, beat Manchester City, broke the starting pair of central defenders.

Éder Militao (Real Madrid) is emerging as the companion of PSG’s sure defender Marquinhos.

In the last training session in Rio, Alex Sandro (Juventus, ITA) occupied the left flank of Renan Lodi (Atlético de Madrid), a welcome revelation in the victories against Bolivia (5-0), Peru (4-2), Venezuela and Uruguay .

And Alisson (Liverpool, ING) returned to goal, well guarded by Weverton (Palmeiras) and Ederson (Manchester City). Both allowed just two goals in previous meetings, a figure that has Brazil with the best defense along with Argentina.

The attack could also undergo alterations. Roberto Firmino, Tite’s trusted ‘9’, could give up his place to Gabriel Barbosa “Gabigol”, from Flamengo, or to Gabriel Jesus, from the ‘citizens’.

The English Liverpool striker, who had ups and downs this season, shares with Neymar the title of Brazilian scorer in the South American World Cup, with three goals.

In the last practice before traveling to Porto Alegre, Firmino went to the bench. If he were to retain that position, the “Fla” ​​gunner would return to the title after five years, when Peru beat Brazil 1-0 in the 2016 Copa América in the United States.

With fifteen goals in the season, ‘Gabigol’, 24, wore ‘verdeamarelo’ for the last time in the friendlies of October 2019.

Without the injured Coutinho, Richarlison and Neymar, involved in a controversy over a complaint by one of the employees of the Nike firm for an alleged sexual assault, which the PSG star denies, they complete the attack.

You can also read:  Messi, «ambassador N.1» of the Argentine community in Paris

With his shirt inflated after beating Bolivia (3-2) in La Paz and giving a historic beating to Colombia (6-1) in Quito in November, Gustavo Alfaro avoids removing what will be his biggest challenge as coach of Ecuador.

“We go for this challenge with morale intact, with the will intact to know that we are in a position to try to play as equals with any rival,” he said.

The Ecuadorian offense, the best in the South American World Cup, with thirteen goals in four games, will be put to the test against a team with a perfect score and that has never lost at home on the way to a World Cup.

With the Brazilian defense damaged, aggravated by the suspension of Douglas Luiz, Casemiro’s ally in midfield, Ecuador would bet on the same offensive duo that beat Uruguay 4-2 in October: Enner Valencia (Fenerbahçe, TUR) and striker Michael Estrada (Toluca, MÉX) as leaders of a team that, without many flashes, dreams of Qatar.

“Brazil is a challenge and here we go,” warned Alfaro. (GG)(AFP)