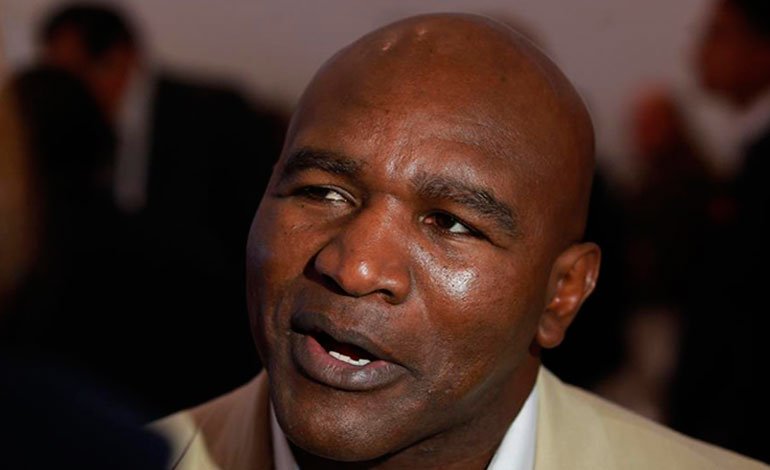 The former American Evander Holyfield came to the public light to say that he would like to face his compatriot Mike Tyson for the third time, although he also announced the economic amount that he would ask for the possible fight.

Tyson, 54, faced Roy Jones Jr. in a pay-per-view exhibition fight, so Holyfield did not want to miss the opportunity to promote himself as the next contender for the nicknamed “Iron Mike”, who will receive 10 million. dollars, for three of his rival.

Holyfield and Tyson had two infamous fights in the 1990s. Holyfield won the first by TKO in the 11th round, and the second was credited after Tyson was disqualified for biting off Holyfield’s ear.

You can also read:  The "Gallo" Estrada goes for the unified Fly title

“I wouldn’t go into the ring for less than $ 25 million,” Holyfield commented on the “I Am Athlete Podcast” about talks for a third fight with Tyson.

Putting ego first, Holyfield said it should be Tyson’s responsibility to contact him if he wants a third fight.

Talks about a third fight between the two have been going on for more than a decade, with nothing ever being able to materialize.

There were talks earlier this year about the possibility of the two fighting, but perhaps the sum of money Holyfield is asking for could have gotten in the way.

You can also read:  The day of rematch between Pacquiao and Bradley arrived