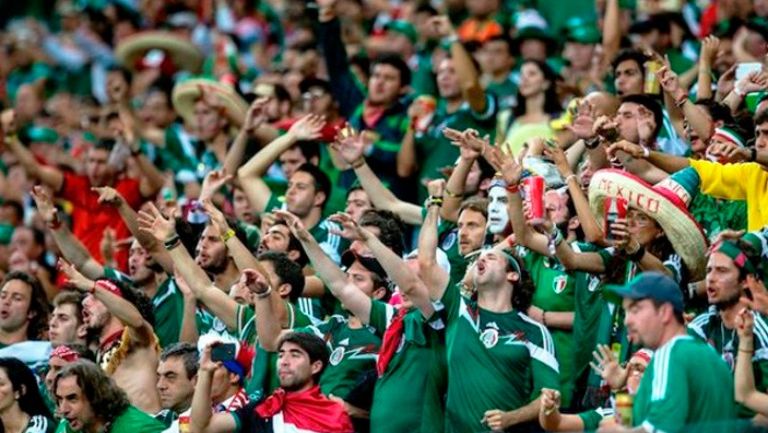 After the defeat of the tricolor against the United States in the final of the tournament called Nations League, the Mexican Soccer Federation “strongly” condemned the “acts of discrimination and violence” of the Mexican fans, pointing out that “the discriminatory cry”, the ‘eh puto’, is “our biggest rival” and warned that the damage could leave El Tri “out of the World Cup”.

The game, played on Sunday in Denver, was suspended for a few minutes after the shout echoed in the stands. In a message on Twitter, the FMF thanked “the unconditional support” of the fans, “and today, sadly due to the behavior of some, it is being singled out for acts of discrimination and violence.

“After the events that occurred in the last MexTour match in Dallas and the games corresponding to the Concacaf Nations League, the FMF urges fans to avoid discriminatory shouting (…), as well as other acts of violence from the stands towards the field of play”. The tweet adds that these attitudes do not represent the public that “for years has been recognized as the best in the world.”

You can also read:  Ibrahimovic returns with Sweden for decisive duels against Georgia and Spain

On the other hand, the former federative Rafael Lebrija criticized the performance of El Tri against his staunch rival in the area. The United States is working, “it is in the process of replacement, with several young people in its selection, while here players are still used who are living their last presentations, such as Andrés Guardado, and I do not criticize him because he missed the penalty, which for me is not it was because it was an inadvertent hand by the defender.”

The Stars and Stripes team has an interesting litter that plays for the best teams in Europe, “(Christian) Pulisic, champion of the Champions League with Chelsea, others like (Weston) McKennie, at Juventus… well, they with their economic power forge them from the universities and we are left behind”.

You can also read:  Mexico fined and saved from a second veto for homophobic cry

He asked the directors to apply themselves in the basic forces, “because they only care about silencing the homophobic cry. It’s the only thing they talk about and they don’t realize that there are a lot of foreigners in the Mexican league. It is ridiculous that they have lowered the number of foreigners per team from 11 to 10, as if ten were not too many.

“Mexican talent is not given the opportunity, what is happening with the Expansion League? They said it was going to be the hotbed, the great forger… Many things are being handled poorly; there is no important competition, we are without Copa América, without Libertadores, there is no promotion or relegation.

You can also read:  Guadalajara achieves dramatic triumph over Necaxa in Liga MX

“A solution would be to have a single tournament with a league, open spaces on the calendar and be able to compete in South America, have international games that demand and make us grow, because the Tri that we saw on Sunday is not what we expected.” (GG) (The Day)