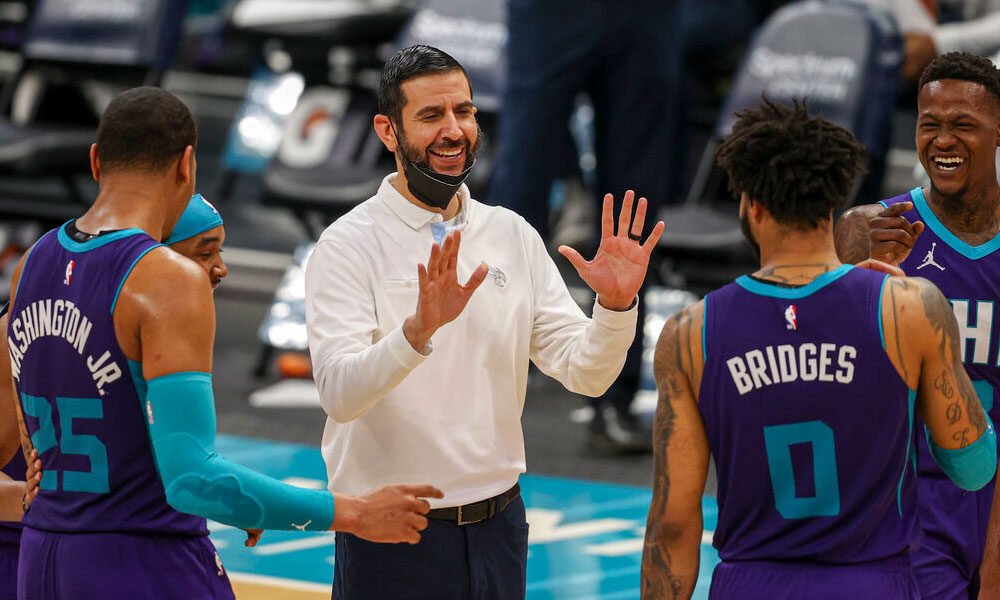 The Hornets believe that coach James Borrego can make a positive change to Charlotte.

The Hornets announced Monday that they extended Borrego’s contract multiple seasons. The number of seasons and the financial terms of the deal were not disclosed.

The coach had one season left on his contract before the extension.

“We are very, very pleased with the work of Coach Borrego and his coaching staff in his three years with Charlotte,” general manager Mitch Kupchak said in a statement.

“The coach and his staff have built a strong player development program, resulting in the continuous improvement of our young players. He has put in place an interesting style that our club likes to play and our Hornets fans like to see. “

You can also read:  Marijuana will no longer be illegal in baseball and opioid trials begin

Borrego is 95-124 in three seasons with the Hornets, but he has given team owner Michael Jordan confidence that things are moving in the right direction. The Hornets were 33-39 last season and lost to the Indiana Pacers in the opening game of the tournament.

Kupchak noted that he likes the strong relationships Borrego forges with players, as well as his knowledge of the game. Kupchak is in charge of a team that is still quite young and had the second highest percentage of minutes in which players saw action in their first, second or third seasons in the previous NBA season.

Under Borrego’s leadership, Charlotte posted a single-season team record of 985 3-pointers last season for 10th place in that line in the NBA and shared fifth place in average assists per game (26.8) in the NBA. league.

“I’m really excited about our future and the direction we’re going,” said Borrego, the first full-time Hispanic coach in NBA history. “I am proud to lead a group of dedicated, talented and hard working players who are committed to both improving and winning.”

The team traded center Mason Plumlee during the offseason, signed free agents Kelly Oubre Jr and Ish Smith, and selected James Bouknight and Kai Jones in the first round.

Charlotte hasn’t made the playoffs since the 2015-2016 season and hasn’t won a postseason series in the past 19 seasons. AP (HN)