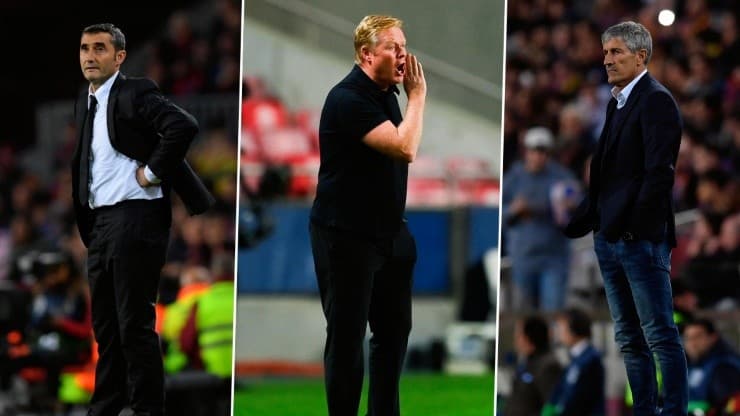 Barcelona has been breaking its traditions of giving continuity to the projects of its coaches due to the poor results achieved in recent years. Since the departure of Luis Enrique from the bench, the Barça club has not been able to find a stable project, which is just what they expect with the arrival of Xavi Hernández.

The 21st century for FC Barcelona has been marked by projects. The last couple of decades of the Barça club has been starred by the cycles of Frank Rijkaard (2003-2008), through Pep Guardiola (2008-2012) and Luis Enrique (2014-2017). However, even shorter cycles such as Gerardo Martino’s ended in compliance with what was signed in the contract. This without counting the short cycle of Tito Vilanova, which ended prematurely due to the illness and death of DT.

You can also read:  Vinicius remembers his debut against Atlético B: They tried to bite me

However, this continuity of processes was interrupted with the arrival of Ernesto Valverde in 2017. Although the DT was in office for almost 3 years, he was dismissed from the position before the agreement. Quique Setién took command of the first team culé in the middle of the 2019-2020 season, being fired at the end of the season. Then came the Ronald Koeman cycle, which was interrupted days ago.

The wrong decisions have been expensive for Barcelona, ​​since the dismissals of the last 3 coaches have left the club large debts. According to the newspaper AS, the cut of Valverde’s contract cost the leadership 11 million euros, taking into account that the technician forgave them a year of compensation. After this came the dismissal of Setién, who is still owed 4 million. Added to this is Koeman’s 13 million, which includes the debt to the Dutch Football Association for his release.

Now FC Barcelona has signed Xavi Hernández with the hope that the bad streak with the coaches will be broken. The hiring of the former captain as the new leader of the first campus would entail a future payment commitment of 5 million euros. In other words, the club has assumed expenses of 33 million euros since the departure of Luis Enrique from the bench. (Bolavip)