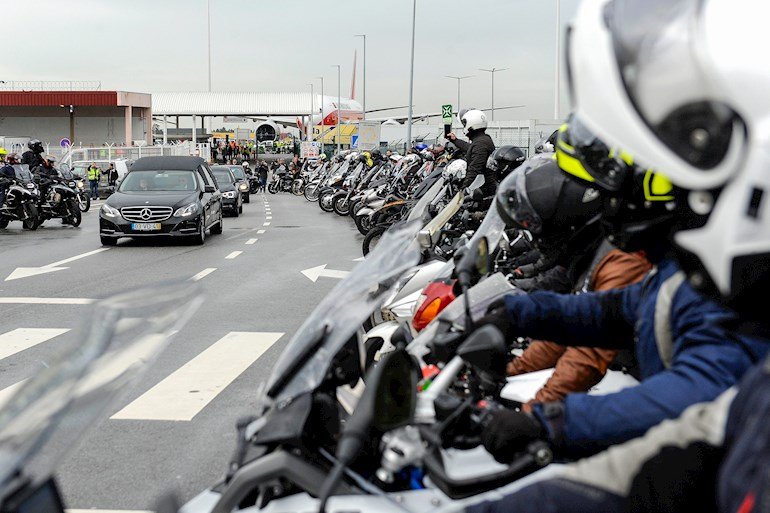 The lifeless body of Paulo Gonçalves, the Portuguese pilot who died in an accident on January 12 at the Dakar rally, arrived this Thursday at the airport in the Portuguese city of Porto, from where a funeral procession, surrounded by hundreds of motorcyclists, He will move to Esposende, his hometown.

The body of the pilot will remain in a burning chapel in Esposende (north of the country) until tomorrow Friday, when he will be buried in the neighboring town of Gemeses, where Gonçalves resided with his wife and two children.

Besides being one of the veterans and the most respected in the Dakar caravan, Paulo Gonçalves, 40, was an «idol» in the Esposende region, due to «his humility», as highlighted in recent days by the mayor, Benjamin Pereira.

You can also read:  Vettel: "This victory is for Jules Bianchi"

Gonçalves, a member of the Hero team, was proclaimed world champion of the off-road rally in 2013 and finished second in motorcycles in the Dakar in 2015.