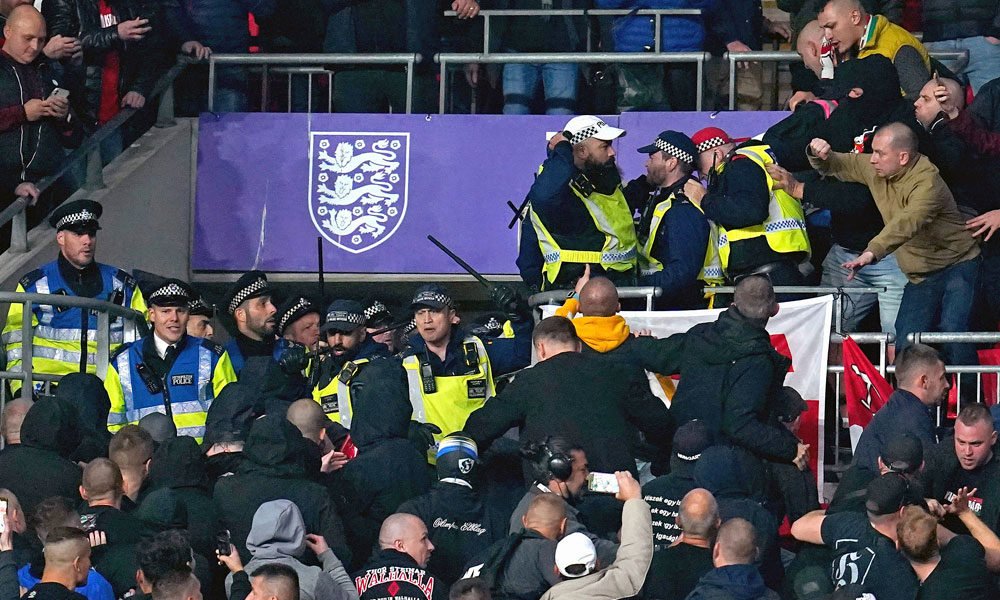 “Several” individuals will not be allowed to enter sports stadiums for two years, the Hungarian football federation announced, after Hungarian fans clashed with police at Wembley in the 2022 World Cup qualifying game against England on Tuesday .

“Several people identified at the scene by security agents were banned from attending sporting events for two years under the provisions of the (Hungarian) law on sport,” confirmed to AFP Jeno Sipos, spokesperson for the federation ( MLSZ), without specifying the number of fans affected.

Violent incidents took place on Tuesday, shortly after the start of the match, among a group of about 1,000 Hungarian fans gathered in a corner of the stadium. A dozen of them confronted security employees, forced to leave before the arrival of police armed with batons.

You can also read:  England's Tyrone Mings calls for a black FA chairman

The incident broadened when the police intervened to arrest a Hungarian fan suspected of making a racist comment towards a security employee.

The clashes continued for several minutes, before the police restored order.

According to Sipos, an investigation is ongoing to identify other fans.

In September, in England’s victory against Hungary in Budapest, the match was accompanied by racist chants from Hungarian fans against Raheem Sterling and Jude Bellingham. In addition, objects were thrown at the English players.

As a result, the Hungarian national team was sentenced to play two home games behind closed doors in FIFA competitions, one of them with a final judgment. AFP (HN)