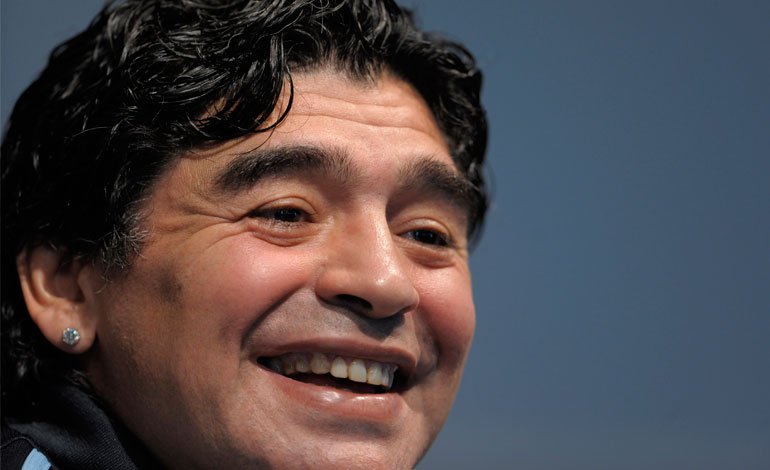 Argentine Diego Maradona, who will turn 60 on Friday, said in an interview with France Football magazine that he dreams “of being able to score another goal against the English, with his right hand this time.”

“I dream of being able to score another goal against the English, with my right hand this time,” Maradona replied when asked about his dream birthday present, when he is about to blow out 60 candles.

A reference to the goal scored with his left hand against England in the World Cup quarter-finals-86, during a victory (2-1) that forged his legend.

The prestigious French magazine publishes this Wednesday a special issue dedicated to the ‘Golden Boy’, presented as the first interview in 25 years granted by the legendary ’10’ to the French press, and without receiving financial compensation.

You can also read:  Thuram fined five games for spitting on opponent

Maradona also confessed that his “greatest pride” is “having made people happy with a ball.”

“I have the feeling of having given pleasure and fun to the people who came to see me at the stadium and who saw me on television,” said one of the best players in the history of football, although also one of the most controversial.

The current coach of the Argentine first division club Gimnasia Esgrima La Plata was placed in preventive isolation after having been in contact with a person with symptoms of covid-19, his personal doctor announced on Tuesday.

This pandemic “is a real hard blow for all the peoples of Latin America,” Maradona said.

You can also read:  Mexican Federation willing to go to CAS if FIFA maintains sanction for shouting

Of the active players, Maradona considers that his compatriot Leo Messi and the Portuguese Cristiano Ronaldo “are one step above the rest.”

“Not a single one manages to do half as much as they do,” he says.

And about the French prodigy Kylian Mbappé, “he is a fantastic player, but he is still a boy!”, says the former Napoli and FC Barcelona player among others.

“Above all, you must be careful with the defenders who can finish off your ankle,” warns the PSG star and current world champion with France. AFP (hn).