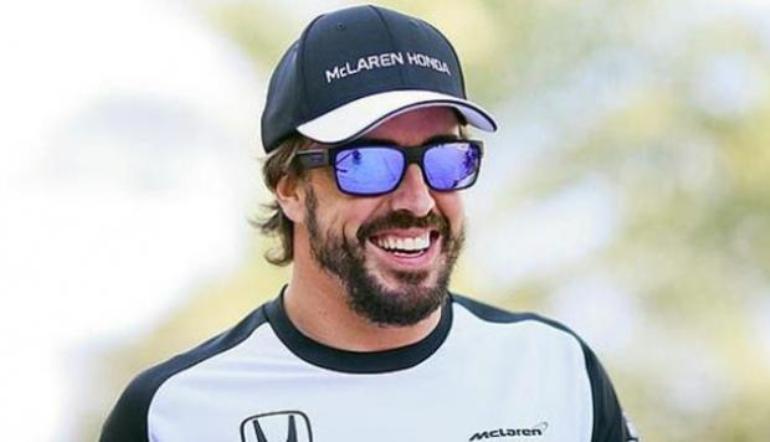 At 38, Fernando Alonso is preparing to participate in the “most difficult race in the world”, the Dakar Rally that will be held for the first time starting this Sunday in Saudi Arabia, where the Spanish driver has become the great attraction media.

Recently retired from Formula 1, the double world champion of the specialty and winner of 32 Grands Prix, Alonso continues to explore other disciplines of motorsport.

After his victory in the 24 Hours of Le Mans or the World Endurance title, Alonso now faces the Dakar, a test with which he grew up following the adventures of his friend Carlos Sainz.

“It is a bit crazy to get off the asphalt for the first time to contest the most difficult race in the world, but I like challenges,” proclaimed the Asturian at a press conference organized in Yedá two days before the start of the race.

It is not the first time that a former Formula 1 driver has run the famous rally raid. Before Alonso tried it, among others, the Belgian Jacky Ickx, winner of eight Grands Prix and six times Le Mans winner, who also won the Dakar in 1983 and was second twice (1986 and 1989). But he is the first Formula 1 world champion to seek to win this event, which is in its 42nd edition.

You can also read:  Truck with Argentine crew surprises the world in the Dakar

Since he arrived in Saudi Arabia, Alonso has captured all eyes, both from the press and from the rest of the pilots. On Friday there were many who approached the Spanish to take a selfie with him.

“It’s weird for me to be at the same press conference as him,” admitted his compatriot Laia Sanz, a motorcycle racer at KTM. «I never would have imagined being so close to him. I have the impression of being a Formula 1 driver! “

For the Catalan, the presence of Alonso in the Dakar is excellent news for the race. «It is very popular all over the world. One of the best pilots. It is very interesting for the Dakar that someone like him wants to come here. This attracts more media, makes the Dakar better, “he explained.

You can also read:  VIDEO: Brutal accident at the Dakar Rally 2016

Alonso, who will participate at the wheel of a Toyota, warned however that he was not in Arabia to win, but to enjoy the “Dakar experience.” His team aspires to the final triumph with the Qatari Nasser Al-Attiyah or the South African Giniel De Villiers, but Alonso is less ambitious.

“I am fully aware of my lack of experience and my lack of speed, but I hope to be able to improve and reach the second week with better options, we will see step by step,” he explained.

“I wanted to do the Dakar in my career, this year has come and we will see what happens,” he added cautiously.

For his first steps in the Dakar, Alonso has chosen a luxury co-driver in the person of Marc Coma, five-time winner of the motorcycle event, once in Africa and four in South America. “Actually, I’m here to help Marc win on three different continents,” Alonso joked.

You can also read:  British Grand Prix postponed due to storm Eunice

Although the Spaniard has already demonstrated his ability to adapt to the different specialties of motorsport, it is difficult to predict what the former Formula 1 driver will be able to do on his first Dakar.

Alonso and Coma have multiplied the preparation sessions since last August and have participated in some tests, including an off-road rally, the Lichtenburg 400, held in South Africa in September, and then the Rally of Morocco, considered the dress rehearsal for the Dakar, in October.

Punctures, various breaks, bell turns, navigation difficulties … the Spanish duo has not been spared from problems in these two events, although this has allowed them to discover the risks and vicissitudes of a rally raid. AFP