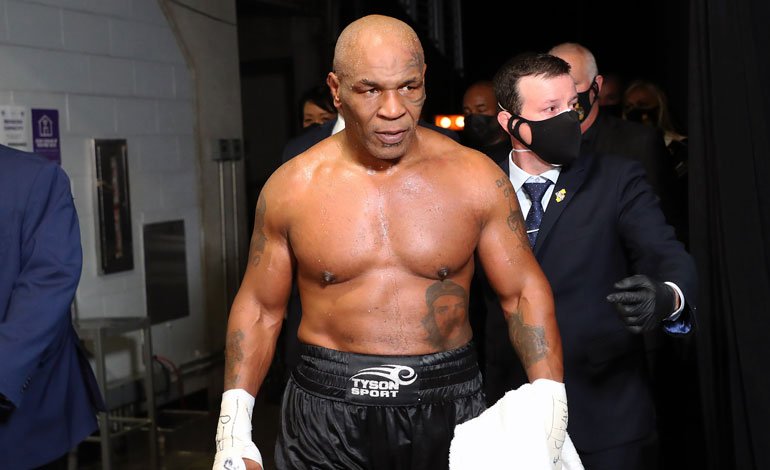 Boxing legend Mike Tyson plans to participate in more exhibition matches after his return to the rings on Saturday against Roy Jones Jr. at age 54.

“I’m happy not to have been knocked out or anything,” said ‘Iron Mike’ at the end of the exhibition at the Staples Center in Los Angeles, which ended in a tie. I could have done everything better. God willing, I will be better in the next exhibition, “he added.

Tyson said he has more modest goals than in the past, without the need to own mansions, boats, cars, drugs and maintain a wild lifestyle, now taking advantage of his ability to raise funds for charities such as supporting youth. people in need.

“Old Mike Tyson is no more,” he said. This is a better cause for me. I am here for a purpose. I never liked who he was. I like who I am now, “he explained.

After Saturday’s showdown between former heavyweight champions, Jones Jr. said he was impressed by the stamina and strength Tyson displayed.

“I was surprised that he could take eight rounds,” said 51-year-old Jones Jr.. I could go to anyone. If it connects, you have a problem. He can do whatever he wants”.

With no knockout being recorded, the three-judge panel left this unofficial category fight without a winner.

“I thought I had won the fight, I hit better and controlled the fight, but I think a draw is good,” said Jones Jr. “We both finished well and everyone had fun.”

You can also read:  Floyd Mayweather stripped of title against Pacquio

Tyson, for his part, now hopes to organize more fights, even one every two months, to stay in shape and mentioned possible international scenarios such as Monaco or the south of France.

“Everything is possible. The sky is the limit (…) I am able to help many people all over the world, “said Tyson after the fight, whose proceeds he said he will use for charity.

Tyson, who retired from boxing in 2005, is far from the ‘Iron Mike’ who spread terror in the rings in the late 1980s but says he feels comfortable without pushing himself to win by knockout.

“I was happy to keep my distance from him. It is the real fight, to have the resistance, “he explained. You’re not going to knock out everyone. I used to go kill fast, now I’m training for distance.

Even with the restrictions enacted for this bout, with rounds of only two minutes and lighter than usual gloves, Tyson was able to dominate and generate more than enough hitting power to defeat Jones Jr., who continually resorted to hugging his rival to stop the fight.

Everything hurt when he made contact, it makes you feel very fatigued. I think what I felt the most was the hook. My jaw still feels it, ”said Jones Jr. AFP (HN).