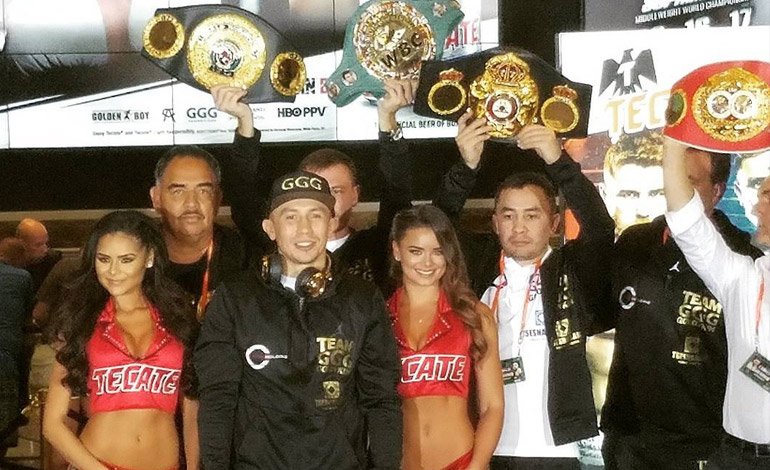 As expected, the body sent a letter to both camps telling them to begin negotiations immediately for a match to establish the new champion, after stripping Mexican Sául ‘Canelo’ Álvarez of the title, who was unable to reach an agreement with Derevyanchenko, who was the mandatory applicant.

“The IBF middleweight title was declared vacant on August 1, 2019. Therefore, the IBF is ordering a fight between the two highest ranked contenders to fill this vacancy,” wrote the IBF championship president. the IBF, Carlos Ortiz Jr., in a letter he sent to the representatives of both fighters.

Derevyanchenko’s promoter, Lou DiBella, stated that they were waiting for the IBF letter and were already working to close the deal that would allow the fight to take place.

You can also read:  Julio César Chávez punished the son of «Macho» Camacho

“We knew the letter would arrive and we have already been talking, and I am sure that in a short time we will be able to close a deal,” DiBella said.

The Derevyanchenko and Golovkin camps have 30 days, or until September 4, to reach an agreement.

They then have another 15 days to present signed contracts to the IBF for the fight that is scheduled for October 5, the date that Golovkin’s exclusive broadcast outlet for fights, DAZN, has it marked as the second of six. signed by the former champion to be broadcast.

If the camps cannot reach an agreement, the FIB will order a money offer, but DiBella was convinced that before there would be an agreement by both parties.

The IBF also ruled that the winner of the vacant title must make his mandatory defense against the top available contender within six months of winning the title.

Alvarez’s promoter, Golden Boy, had been working on a deal with DiBella for Alvarez to defend his unified title against Derevyanchenko in late October.

But after the money supply was delayed and the bargaining period was extended multiple times, Álvarez was stripped of the belt under the terms of an agreement Golden Boy made with the IBF that the fight would be finalized last Thursday afternoon or the title would become vacant.

Derevyanchenko, 33, 13-1, 10 KOs, who suffered his only split decision loss to American Daniel Jacobs for the vacant IBF belt in October, edged out Jack Culcay in an elimination bout for the title, on April 13 to obtain the mandatory position.

The 37-year-old Golovkin, 39-1-1, 35 KOs, who had previously been stripped of the same title by the IBF, was the next contender in their standings.

The veteran Kazakh fighter, who resides in Santa Monica, California, had expected a third fight with Álvarez this fall, but the Mexican champion refused to fight despite pressure from DAZN, which also has him under contract. EFE