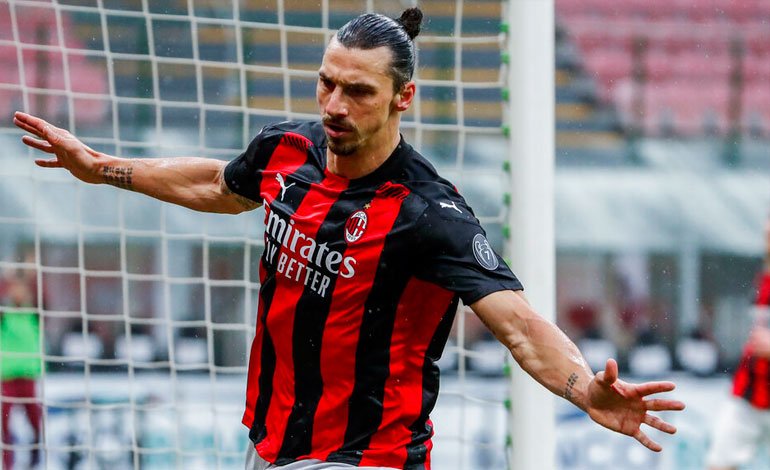 Swede Zlatan Ibrahimovic, author of a double in leader Milan’s comfortable 4-0 win against Crotone, reached 501 goals in his club career, in which he has worn the shirt of nine different teams, between Europe and the United States. United.

Ibrahimovic, who will turn 40 next October, broke the equality half an hour after the San Siro duel after a brilliant combination with Portugal’s Rafael Leao and extended distances in the second half by taking advantage of a perfect low center from Frenchman Theo Hernández.

The Swede returned the league lead to Milan, after Inter Milan momentarily overtook him last Friday with their 2-0 win over Fiorentina, and set a new personal record with his 501 club goals in a career which started in 1999.

You can also read:  Munich wants to illuminate its stadium with LGBT colors

To these numbers are added the 62 goals in 116 games with the Swedish senior team.

«He is an athlete who has great motivations, who takes perfect care of his body in everything, in nutrition, in recovery, in prevention. To continue at these levels means that you have an exceptional body, supported by a physique that few have, “said Stefano Pioli at the end of the San Siro match.

You can also read:  A burofax, an Italian exam, lives that matter: beyond the covid

In his career, “Ibra” has won 31 trophies, with up to eleven league titles raised in Holland, Italy, Spain and France. He also won a Europa League with Manchester United and a UEFA Super Cup and a Club World Cup with Barcelona.

He has a current contract with Milan until June 30, 2021 in exchange for seven million euros net, which makes him the highest paid of his team.

You can also read:  Lewandowski continues his scoring streak in Germany

In the coming months, Ibrahimovic and the Milan club will decide if they want to extend the contract for another year.

The Swede has fourteen goals in this Serie A and is two goals behind the top scorer, the Portuguese Cristiano Ronaldo, Juventus forward. EFE (HN)