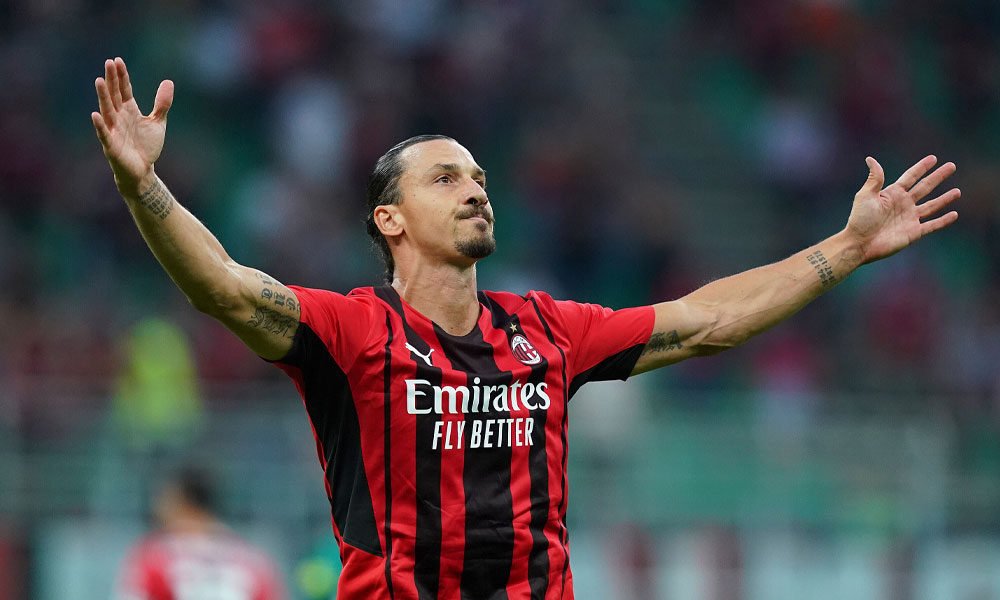 Rebel phenomenon, complete and modern striker, loved and hated by the fans, the Swede Zlatan Ibrahimovic turns 40 this Sunday, still in the elite of football, back to the Champions League with Milan and determined to continue competing at high levels , despite the physical problems that are complicating his start to the season.

“Ibra” celebrates his birthday finalizing his recovery from a problem in a tendon that prevented him from returning to the Champions League stages in the first two days, at Anfield against Liverpool and at San Siro against Atlético Madrid, but ready to give his contribution to Milan in the key phase of the European Cup, after the national team break.

The 31 trophies won in his long career, lived with the shirts of Malmoe, Ajax, Juventus, Inter Milan, Barcelona, ​​Paris Saint Germain, Manchester United and Los Angeles Galaxy, in addition to Milan, did not stop the winning hunger of a forward who continues Trained to change balances when on the field.

A knee problem, for which he underwent surgery in June, forced him to miss the start of the season and the Swede could only play one game. He was on the field for 31 minutes with Lazio and it took less than seven to release his scoring account.

You can also read:  Now unconditional romance of Messi's Argentina with his fans

It was a comfortable goal, a shot under the sticks to culminate a counterattack, but equally spectacular. In fact, «Ibra» started that knee action to accommodate a boot, got up after seeing the beginning of the transition and arrived in time to sentence the match against Lazio.

A particular goal for a striker who accustomed fans to spectacular plays: he scored goals from the heel, as in Euro 2004, when his goal eliminated Italy in the group stage, or against Bologna in the Chilean Serie A , as against goal Joe Hart and England, from a direct free kick, and also from more than 50 meters, as in his debut with the Los Angeles Galaxy.

The passion for taekwondo helped him in his soccer career and allowed him to make plays and acrobatic shots that remained in the recent history of the sport.

Not even the crusader injury suffered as 35 years, in 2017, with Manchester United, could stop «Ibra». After recovering, he signed for the Galaxy in MLS, but soon returned to European football, hand in hand with Milan.

His time in Los Angeles was marked by great goals, but also by zero titles and great controversies for his statements when saying goodbye: «Thank you Los Angeles Galaxy for making me feel alive again. To Galaxy fans: you loved Zlatan and I gave you Zlatan. No problem. The story goes on. Now go back to watching baseball.

Back in Milan, Ibrahimovic scored ten goals in his first six months and scored fifteen last season, returning Milan to a European Cup qualification that had been missing since 2014. However, it is his leadership that changed the face of Milan. .

The timid team, which could not express its potential in the big events, and which could not give continuity to the results left room for a group that at this moment plays with carefree, technique, speed, conviction, and presented its candidacy to fight until the end for the Serie A title.

You can also read:  Maradona's daughter opposes the auction of her father's belongings

The veteran Swedish striker improved his teammates and is always at the San Siro even when he is in low periods, to show his closeness to the group.

Coach Stefano Pioli does not hesitate to define Ibrahimovic as the great leader of the dressing room, but he managed to build by his side some teammates who are guiding the team at the moment, such as the Spanish Brahim Diaz or the Portuguese Rafael Leao, the best in the last Tuesday’s match against Atlético Madrid in the European Cup.

«Ibra», who has been summoned by Sweden for the next World Cup qualification commitments, has already set his return date on the calendar: he is expected to be ready to light up the playing fields in mid-October. EFE (HN)