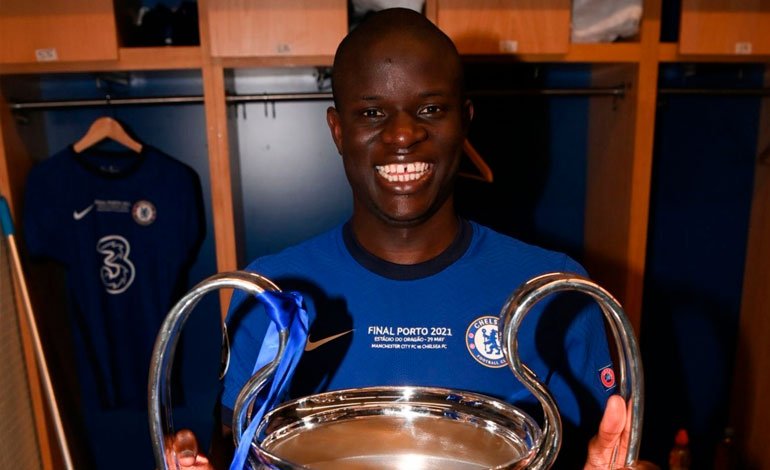 Soaring after his Champions League title with Chelsea, N’Golo Kanté said on Sunday that he was “just a normal person.” Delighted with the “sometimes exaggerated” praise about him, he refuses to think about a hypothetical Ballon d’Or before playing the European Championship with Bleus.

How do you experience the effervescence around you after a great season finale?

«I live it by taking distances. We had a nice end to the season to play with Chelsea, aiming to qualify in the Top 4 in the Premier and the Champions League final. We were focused on that. Everything was good for me and for the team. Above all that is said, I don’t pay much attention. I focus on the goals of the club and the national team.

You can also read:  Closing of the Paralympic Games, end of an 8-year saga

They talk about you as the ideal footballer, as someone particularly nice.

«It is true that I can have an image, too beautiful. In the end, I am just a normal person, a player among so many others. It goes without saying that I am the kindest or the friendliest, I am like the rest. I think sometimes they go too far on that. No reason to be. It’s true that I like to get along well with my teammates, to have a good relationship with the people I deal with, both on the street and in football, but there are other people in football who are like that. You don’t have to do a whole story about it. Sometimes it is exaggerated and it is not necessary ”,

You can also read:  Italian volleyball player says she suffers pericarditis from the vaccine

Do you deserve the Ballon d’Or?

It’s a bit too early to talk about it now. We have reached the middle of the year and there are six months left, many games to play. It’s no use saying I deserve it today. A few years ago I was in the top ten. It was the first time and that’s why I liked it. But winning it is another story. It is a beautiful individual reward for a player, but I see it as the result of a season, it is not necessarily a goal or something that I work for. It would simply be the reward of a beautiful season. Those who have won it are players who have done great things throughout their careers. AFP (HN)

You can also read:  The 5 pearls of the Euro: Pedri, Saka, Donnarumma, Doku and Damsgaard