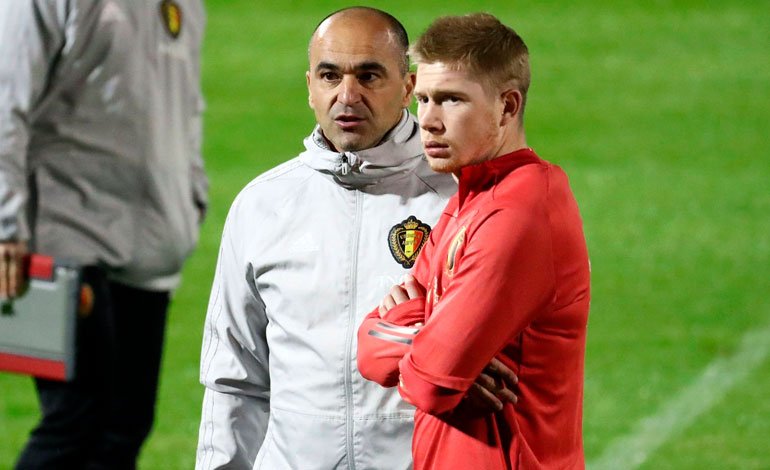 The Belgium coach, Roberto Martínez, considered it “unlikely to see Kevin De Bruyne play the first match of the European Championship” on June 12 against Russia.

“Kevin may be available to play the European Championship, but we don’t know when,” said the Spanish coach.

The Manchester City midfielder suffers fractures in the orbit of his left eye after a clash with the German Antonio Rudiger in the Champions League final, last Saturday against Chelsea.

De Bruyne, who has a few days off, will only join his teammates on June 7 at the national center in Tubize.

Before that, you will undergo tests to check that everything is going well with your eye and nose.

You can also read:  Falcao is out in Colombia for double date of the World Cup qualifying

“The news is good and everything should return to normal,” Martínez had said at a press conference on Monday, specifying that the player should not have surgery.

De Bruyne will therefore not be in Thursday’s game, in a friendly against Greece, nor will Eden Hazard, who will rest after a thigh injury.

Axel Witsel, who has been recovering from an Achilles tendon rupture since last January, will not play any of the friendlies, against Greece on Thursday and Croatia on Sunday.

Belgium, one of the favorites for the title, will play its first European Championship match in ten days, on June 12, against Russia in Saint Petersburg. Denmark and Finland are the other two rivals of the Belgians in Group B. AFP (hn)

You can also read:  Panama said goodbye to the Gold Cup with a 3-1 win against Granada