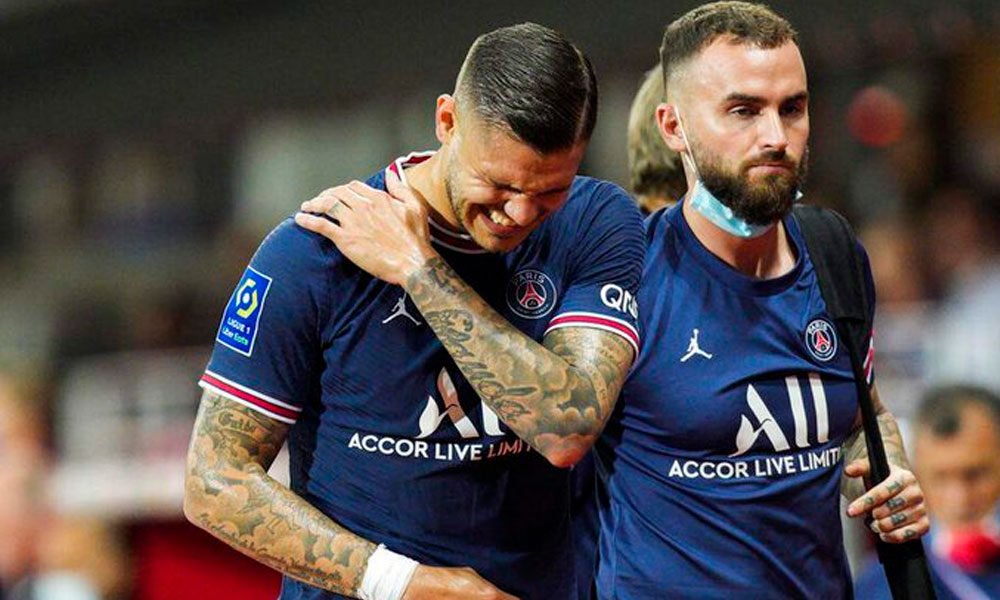 In a star-studded team like Paris Saint Germain today, Mauricio Pochettino does his best to distribute playing time among the protagonists. Unfortunately, there are some cases that are more relegated than others and the name of Mauro Icardi appears there. Wrapped up in a problem that involves his personal life, the forward added very few minutes in the last half and begins to analyze a change of scenery in the next transfer market.

According to the Italian media Calciomercato, the former Inter footballer is willing to cut his income to leave the box in the capital of France where he is not given too many opportunities. His idea is to move to a team where he can play more often and an interested party has already appeared on the horizon: Atlético de Madrid. Icardi, who has scored three goals in 657 minutes spread over 14 different games this season, is already sure that the Argentine coach prefers Lionel Messi, Neymar and Kylian Mbappé in the starting team.

You can also read:  Bonucci apologizes for the expulsion against Spain

The team led by Diego Simeone has already begun to explore alternatives for 2022 and would already be analyzing incorporating Mauro. In addition, the Colchonero is looking for a new striker when observing in recent months a drop in performance in the veteran Uruguayan forward Luis Suárez and the Brazilian Matheus Cunha, 22 years old, signed from Hertha Berlin of the Bundesliga for 26 million euros. he matured enough in the Spanish league to assume the role of starting point.

* One of Mauro Icardi’s goals in the current Ligue 1
Icardi, born in Rosario and 28 years old, played for Sampdoria and Inter of Italy before jumping to PSG. In Serie A, he totaled 219 official matches where he scored a total of 134 goals, while in the Parisian team he accumulated 76 matches and 36 goals. But the Spanish team would not be the only one interested in taking over Mauro’s services in the coming months.

You can also read:  The renewal of Ansu Fati is in danger due to the low values ​​of his contract

In addition, Juventus would be interested in giving the forward another chance to return to the country where he showed his best level. With the departure of Cristiano Ronaldo to Manchester United, the only pure center-forward left in the Vecchia Signora squad is Álvaro Morata who is on loan from Atlético de Madrid until mid-2022. If he succeeds in the transfer, he could do without the Spanish and finally have a replacement for good.

Finding a partner for Paulo Dybala is Massimiliano Allegri’s main goal in the short term in the next transfer advantage. The Argentine combination could be a solution for the Italian coach since the company could continue even in the calls of the national team led by Lionel Scaloni. But in the meantime, Icardi has no choice but to wait for the opportunities he has at PSG and solve the issues of his personal life so that in a few months they will not be an obstacle to the negotiations. (Infobae)

You can also read:  Xavi recommended Javier Mascherano to fill his vacancy in Qatar