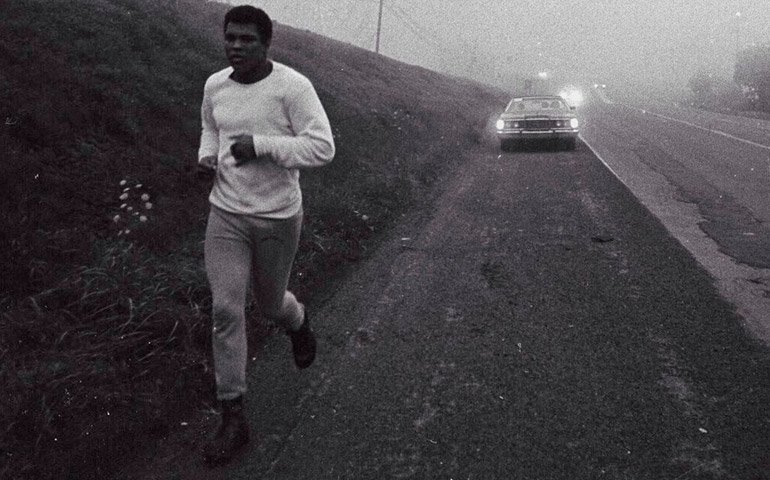 “The poet of the ring”, “the philosopher king of boxing” or “the greatest of all time” are some of the adjectives with which Davis Miller describes his protagonist in “In Search of Muhammad Ali”, a story about the most intimate face of the three-time world champion that is now published in Spanish.

“He transformed more lives during his life than any other ever, he was an angel,” says Miller (North Carolina, United States, 1953) in this interview with Efe, in which, as in his new book, he discovers what he was like in first person the boxer from Louisville (Kentucky), with whom he maintained a long friendship from 1988 until his last days.

A story halfway between literature and journalism, full of stories about the winner of epic battles against George Foreman or Joe Frazier, with some of the considered best sports articles of the 20th century in the United States.

In search of Muhammad Ali. Story of a friendship “(Errata Naturae) is an intimate portrait of the” best known character in the world “, in which Ali becomes only Muhammad, the friend, husband, son, father and brother who” revealed himself as the best of the world. meaning of being human “, highlights the author, who has the film project underway.

You can also read:  “Scorpion” Ruiz wins by knockout in Dominican Republic

Miller, writer and amateur wrestler whose life was “saved” by the figure of the protagonist, goes beyond sports and focuses on the more earthy Ali after hanging up his gloves, as an inspiration to millions of people and an icon of the last century in his fight for peace and civil rights.

“I could have been a shoe or car salesman, but thanks to him I discovered my passion for writing,” says Miller, whose chronicles of his encounters with the boxer led him to be one of the great critics of sports journalism.

This journey through the most everyday aspects of an “extraordinary” human being begins with Ali in a caravan at his mother’s house and, through the friendship that is forged between the two, discovers the person behind the myth, who lives by and for the others, that he gives away his trophies and distributes his fortune among the admirers.

An Ali unconcerned about money and possessions, more focused on writing, reading and praying, with his once temple of muscles turned into “a kind Buddha”, who finally knew how to dissolve his ego in an exuberant spirituality and defended “love” as universal religion.

“In Search of Ali” also shows the endearing person behind the most talkative boxer who has ever entered the ring, an Ali who never tires of amusing children with his magic tricks and who seeks contact with people, from the cafeteria of his town even on his international travels, while he copes with Parkinson’s with the support of his wife, Loonie, and her family.

A book in which you can “feel his company,” says Miller, who tells how as a teenager, after losing his mother, he overcame his depression when he learned about the existence of this irreverent genius on the radio, who shocked the world at the age of 22 when proclaiming champion of the heavy weights after defeating Sonny Liston.

“Ali was destined”, exclaims the writer, because “he showed that all his rivals were mortal” with blows, with his characteristic dance of legs that made him “fly like a butterfly and sting like a bee”, such was “the beauty he created by boxing, “spiced up by his prophet-like prediction of his victories.

“He was a great and universal child”, describes the writer, who says that despite his arrogant, boastful and joking character “there was music and wisdom in his words.”

The admiration he caused around the world, continues the journalist, responded to the fact that he was “the first citizen of the world” thanks to satellite television and “his physical beauty, nobility and dignity.”

He also stood out for standing all his life to “do what was right”, without prostrating himself before anything: “neither before his rivals, nor before the North American government, nor before Parkinson’s,” says Miller, who points out that this disease it made him “more human.”

After his death last June, “there will never be another like him,” says Miller, who believes that the only one who comes close to him is Barack Obama, since both “shocked the world” and thought “beyond their borders.”

Everything I’ve done, all the accolades, all the fame, they mean nothing. Everything is dust and nothing else, “said Muhammad, remembered in this human story that he is” In Search of Ali “as the most luminous speck of stars in the universe, with his child’s eyes still shining through these pages. EFE