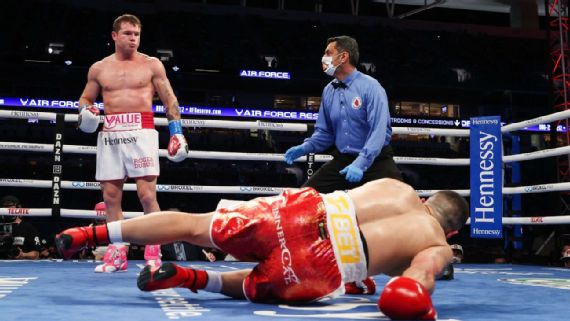 remendo! Mexican boxer Saúl Canelo Álvarez beat Turkish Avni Yildirim, who opted not to go out in the fourth round at the Hard Rock Stadium, without major setbacks. In this way, the Aztec fighter added another triumph to his history and successfully retained his super middleweight titles in the eyes of millions of followers around the world.

Álvarez, 30, knocked down his opponent in the third round of the fight that took place at the Hard Rock Stadium in Miami, Florida, with a right to the face, and by the fourth round, the Turkish boxer’s corner decided that no longer go out to combat.

You can also read:  Cotto is the new champion after pulverizing Foreman

“It’s what I had to do, it had to end by knockout, that was the goal, we did a perfect job, for me this is spending one more day in the office. I love boxing and I love being in the ring, you have to keep your feet on the ground and keep working to continue making history with my career, ”Canelo said after the fight.

Alvarez, who is also a world champion in the super welterweight and middleweight categories, now has a record 55 wins, a loss to Floyd Mayweather in 2013 and two draws, with 36 knockouts. “On May 8th I will fight (Billy Joe) Saunders. Against Saunders I will go out to do my fight, with my style, ”Alvarez announced.

You can also read:  Ronda Rousey will have her first leading role in Hollywood

In the preliminary fight, Puerto Rican Mc Williams Arroyo beat Mexican Abraham Rodríguez by knockout in five rounds to win the World Boxing Council interim flyweight title. Arroyo was the only fighter in the ring against an opponent who entered pinch-hitting at the last minute, after Mexican world champion Julio César “Rey” Martínez failed to defend the belt due to a broken hand.

Shortly before, the American Jerry Forrest gave a show of pride by rising from falls in each of the first three rounds to tie with the Chinese Zhilei Zhang in heavyweight and the Mexican Diego Pacheco surpassed by unanimous vote, with a triple vote of 79 -73 to his compatriot Rodolfo Gómez at super middleweight. (GG) (Depor)

You can also read:  Honduran boxer won a silver medal in Chile