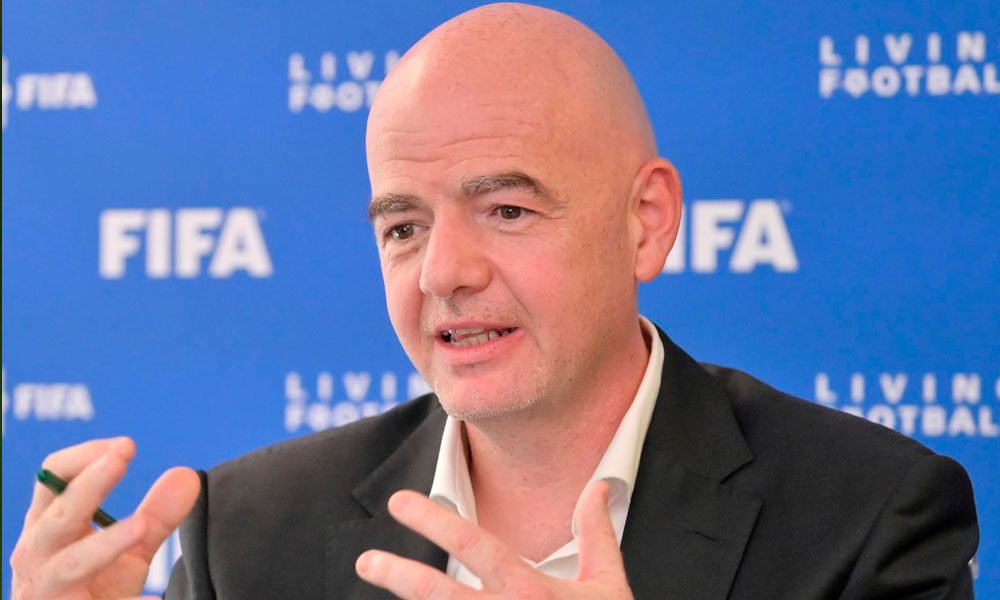 The president of FIFA, Gianni Infantino, advocated “transparency” as a measure to combat speculation in the player transfer system and thus improve “the reputation of football”, in his speech during the seminar on the ‘Regulations of the Status and Transfer of Players’.

Infantino explained three measures that he has implemented since his arrival and the “main course” that he will develop this year in order to improve this transfer system.

The president of the highest governing body of football began his speech with the memory of the figures that are currently derived from the transfers of players.

Infantino said that since he was appointed president in 2016, he committed “immediately” to reform a transfer system that he said was “driven by speculation rather than solidarity.” In the same way, he explained the process of changes that have been carried out from 2017 to this last year 2021.

In 2017, a working group and new rules focused on practical aspects – such as unpaid accounts or the execution of decisions – were established to make the transfer system more efficient. Later, in 2018, FIFA proposed a plan with three reform packages. “We were highly criticized,” he said, “but you are not always wrong when they criticize you from all fronts.”

This package of three reforms is based on the following: «The first of them included the Clearing House and the electronic monitoring of the players’ passports, in such a way that in 2019 we decided that all training compensation would have to be made through this Clearing House ».

The second package of reforms was mainly focused on female players and coaches: «Already in 2020 we made additional reforms, rules for female players, such as the application of globally applicable minimum working conditions for the protection of women in football , something that did not exist. And we took into account the coaches, who are a very important part of football and were not incorporated into any regulations.

You can also read:  Clashes with police officers and people at Maradona's wake

This year 2021, as Infantino himself confirmed, “we are in this third reform package, which is like the main course. The topics are the transfer of minors, size of the teams, transfer periods, and again, the issue of transfer premiums, as well as the financial regulations.

“I seriously believe that we should consider making progress towards the transparency of these rules. We are going to fight for it and I am sure that we will obtain a positive result in this regard, “he snapped.

«All these reforms, which started in 2001, and the new ones that we want to implement, follow the same spirit. The objectives remain and all these rules contribute to make football global, “Infantino said in his speech. EFE