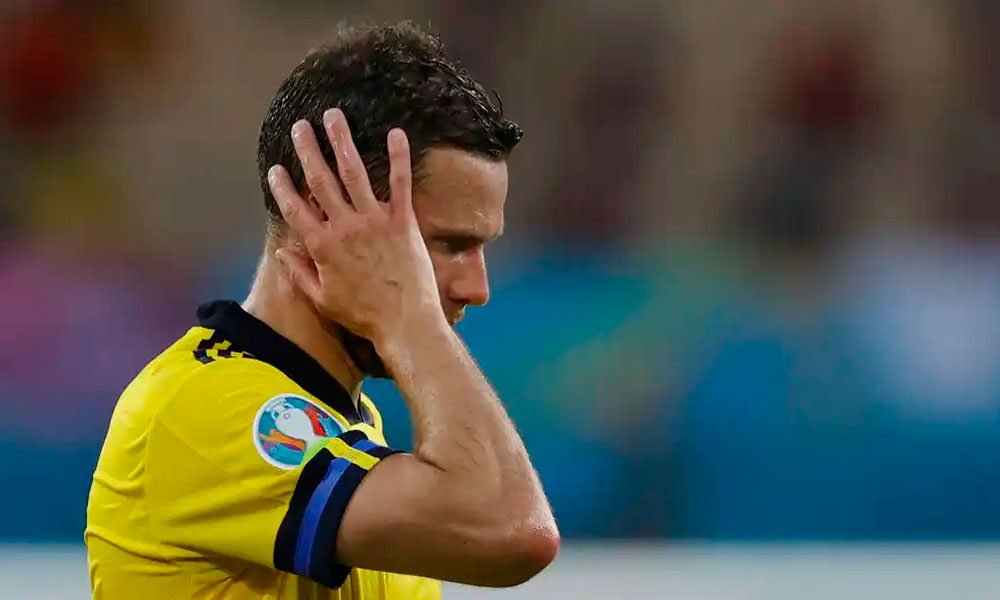 Swedish striker Marcus Berg has been the target of insults and threats on social networks after missing a clear chance last night in the Eurocup match against Spain, which ended 0-0, several Swedish media reported on Tuesday.

The Emirati Al Ain striker has received the support of his teammates while the Swedish Federation is considering filing a complaint.

“It’s very sad, we win and lose together,” striker Alexander Isak, author of the pass that left Berg alone after a great play, told Aftonbladet.

“It’s so ridiculous, so ridiculous. I’m not going to waste energy on that. I and the rest of the team know how important ‘Mackan’ is to us. These kinds of things are very low gestures, ”goalkeeper Robin Olsen told the same outlet.

Veteran centre-back Andreas Granqvist, the team captain, also showed his support on Instagram, posting a photo of the two hugging with the caption: “King Marcus Berg, I will always support you.”

Berg, 34, has come under fire in the past for his poor scoring run, but has always had the confidence of coach Jan ‘Jannne’ Andersson, who appreciates his work.

Sweden already experienced a similar episode at the World Cup in Russia, when midfielder Jimmy Durmaz received many insults on social media for committing the foul that allowed Germany to defeat Sweden in injury time in a group stage match.. EFE. (JL).