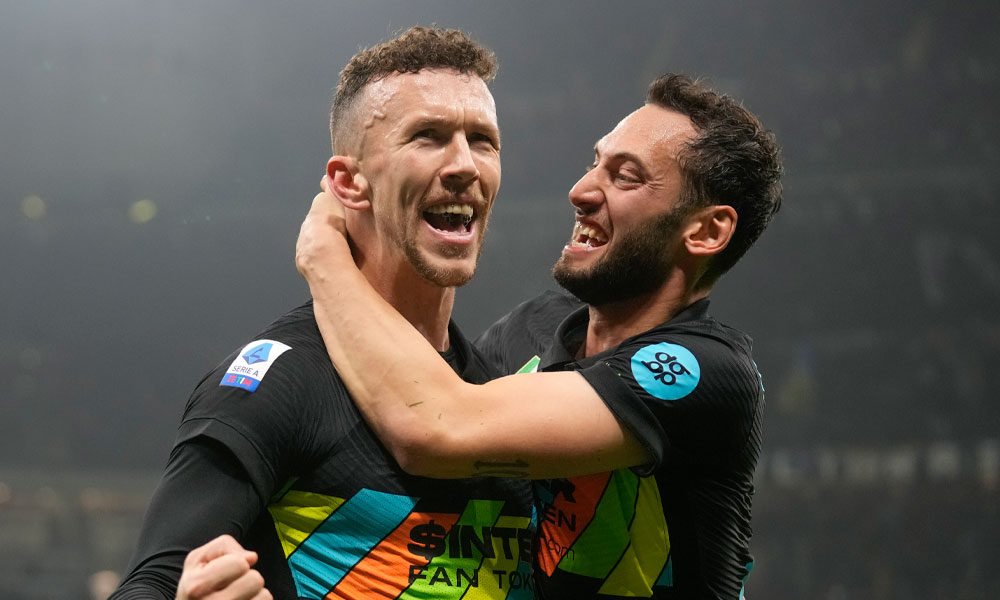 Inter Milan inflicted the first defeat of the season on Napoli, beating them 3-2 in a vibrant match at the San Siro, allowing them to reopen Serie A and move within four points of the Neapolitan and Milan co-leaders.

The goals of the Turkish Hakan Calhanoglu, the Croatian Ivan Perisic and the Argentine Lautaro Martínez allowed Inter to get closer to the lead and knock down a Naples that was on the verge of coming back from 1-3, by forgiving two huge scoring chances in the eight minutes of added time.

For the first time this season, Inter managed to win in the first game after a team break and cut three points to Naples and Milan, who also lost their undefeated condition, when they fell this Saturday at Fiorentina (3-4). ).

And that the Polish Piotr Zielinski had overtaken Napoli in the 18th minute, but a penalty converted by Calhanoglu, and a header from Ivan Perisic on the brink of halftime, allowed Inter to turn the scoreboard.

The Milanese team was confirmed to be fearsome in the set pieces. Perisic headed a corner kick off Calhanoglu and Colombian David Ospina saved the ball when it had already passed the goal line.

The reaction of Naples was complicated by the injury of the Nigerian Victor Osimhen, who retired due to a blow to the head, and Inter, in a counterattack launched by the Argentine Joaquín Correa, who traveled more than 60 meters from the field, signed the 3 -1 thanks to Lautaro, with an excellent low cross shot.

You can also read:  Buffon will continue playing until, at least, the 44 years

It could be the final blow, but a marvel from the Belgian Dries Mertens, with a right hand from outside the area, returned options to Napoli and opened a vibrant final stretch.

With Inter locked in their defensive half of the field, Napoli had two impressive scoring opportunities, without being able to take advantage of them.

Slovenian goalkeeper Samir Handanovic denied the equalizer to Portuguese Mario Rui, whose header was sent to the crossbar with a spectacular save.

And, in 98, Cameroonian midfielder Frank Zambo Anguissa dribbled past three rivals on the left wing and hit a perfect cross that Mertens finished high, despite hitting without marking, a few meters from the goal. EFE

You can also read:  Bolivia thrashes Paraguay and relives the dream towards Qatar-2022