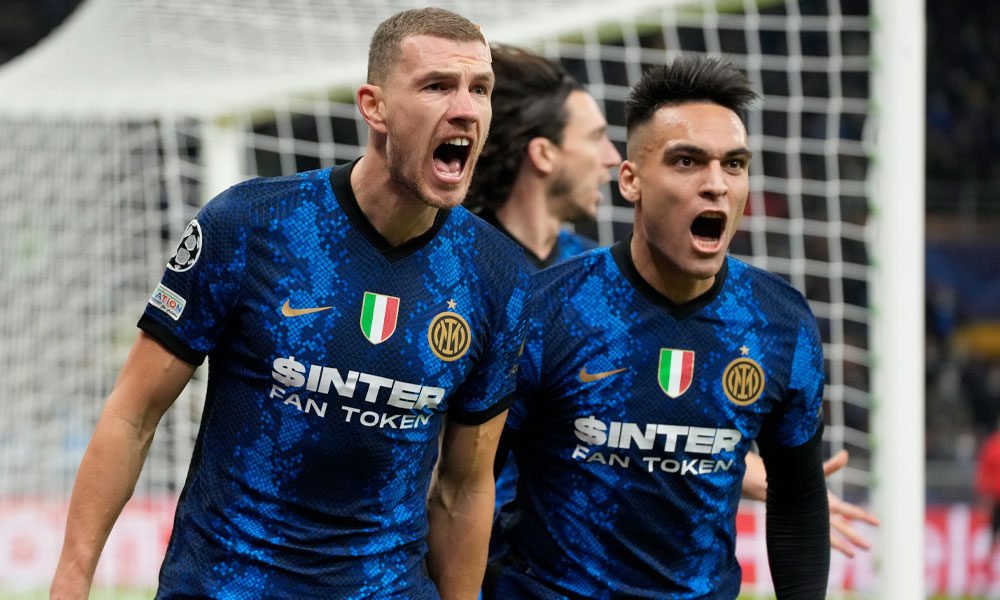 A double by Edin Džeko rewarded the insistence of Inter Milan (2-0) against a disappointing Shakhtar Donetsk, who is left without options to access the Europa League after his fourth consecutive European defeat, in a group that will decide his first two places in the visit of the Italian team to the Santiago Bernabéu, with added pressure for Real Madrid.

The firm step towards the second round of Inter Milan came based on effort and trade to knock down a Shakhtar whose image collapsed compared to the past courses. Always with the Brazilian accent imposed by a majority of its staff, which marks a style that lacked competitiveness this edition. The chances of fighting for a place in the Europa League were remote and he fought them for an hour, the time his goalkeeper Trubin sustained him in the match.

Of the little that has attracted attention is his right back, Dodô, with capacity for greater heights. He was examined before Perisic, who began to take center stage with his forays. The one with the greatest danger was sent by Barella up in advance of Inter’s lack of aim that would mark the first act. Shakhtar’s lack of offense came from Dodô’s offensive ambition, who proved Handanovič’s safety with a powerful shot.

You can also read:  Concacaf confirms return of the World Cup and U-20 World Cups

Inter needed the victory to take a firm step and avoid reaching the last match, being forced to score at the Santiago Bernabéu so as not to fall to third place. Tensioned in the last few meters, he was more comfortable when he was able to run. Lautaro Martínez lacked the spark of speed necessary to define with quality. Slow to set up the shot in the first of which he had and arriving very just so as not to overcome the departure of the rival goalkeeper in the second.

Inter’s siege moments left two goals disallowed, Perisic for offside by Darmian before giving the pass and Lautaro for a foul at the start of the second half. Inzaghi’s team managed to make fifteen shots in the first, but Džeko lacked the aim that he recovered in time later. Trobin’s saving hand to his header was the stoppage of the match that maintained equality at halftime.

You can also read:  Canada favorite against Martinique in group B of the Gold Cup

There was no word from the Shakhtar on the restart. He limited himself to defending himself, without offensive ambition, left to his own devices. It was a matter of time and it took 61 minutes for justice to be done. Džeko hooked an unstoppable right cross after a ball rejected on the edge of the area and six minutes later he sentenced Perisic’s left-handed pass ‘candy’ with his head practically on the goal line.

The end could be squeezed and the emotion returned to Giuseppe Meazza, but Dodô’s last attempt was repelled by a post and the ball went through the goal line without finding a finisher. Inter complied and the group lead will be played at the Bernabéu.

You can also read:  Vucetich separated from Guadalajara

Incidents: Match corresponding to the fifth day of group D of the Champions League played at the Giuseppe Meazza. EFE