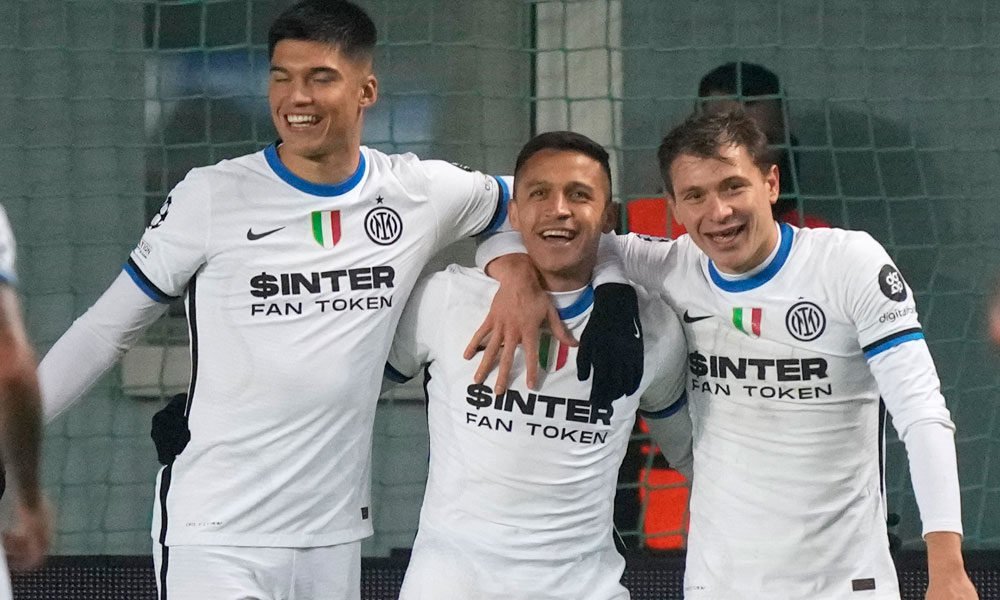 Inter Milan imposed logic and triumphed 3-1 in the field of Sheriff Tiraspol, an absolute revelation of this Champions League after beating Real Madrid at the Santiago Bernabéu stadium, to overcome the Moldavia team and place second in the group D, two points behind the leader Madrid.

Simone Inzaghi’s team did not miss the most important appointment of this initial phase of the season and solved it with goals from the Croatian Marcelo Brozovic, the Slovenian Milan Skriniar and the Chilean Alexis Sánchez.

With two rounds remaining, Real Madrid lead the standings with nine points, two more than Inter and three more than Sheriff, while Shakhtar Donetsk closes the table with a single point.

There was no surprise in the approach to the duel, with Inter in command of possession, moving the ball from one side to the other in front of a Sheriff prepared for a new night of his European dream, locked in defense, accepting the suffering to the he waits for horizons to open up to “feed” his arrows to the counterattack.

And Inter, in which the Chilean Arturo Vidal, who scored a goal in the first round, started in the center of the field, tried to open the meshes of the rival defense, although with little rhythm. It was difficult for him to find holes and, when he did, the Bosnian Edin Dzeko ran into a good save from the goalkeeper Athanasiadis and the Argentine Lautaro Martínez crashed a right hand from the edge of the area to a post.

But time was an ally of Inter. Little by little the Sheriff lost energy to close spaces and in the second half Simone Inzaghi’s team managed to collapse the wall, to put their victory downhill.

You can also read:  Sterling: I knew I had to score here

Brozovic, who in the past was close to signing for Sevilla, put Inter ahead with a good low right from the edge of the area in the 54th minute and, ten minutes later, on a corner kick, Skriniar appeared to sign the 2- 0 and confirm the power of Inter in set pieces.

With the 2-0 in the light, Inter was able to manage the ball with total calm, to the point that there were hardly any interruptions to allow the entry of the changes. Argentine Joaquín Correa and Alexis had to wait more than five minutes before being able to jump onto the pitch.

But as soon as they did, Alexis took his first opportunity to sign the 3-0 goal and celebrate his first goal of the season.

You can also read:  Palmeiras finalist of the Libertadores by eliminating the powerful Atlético Mineiro

For the statistics, in added time, the goal of the Mali player Adama Traoré was used.

Incidents: Match corresponding to the fourth day of group D of the Champions League played at the Sheriff Stadium in Tiraspol before about 10,000 spectators. EFE. (HN)