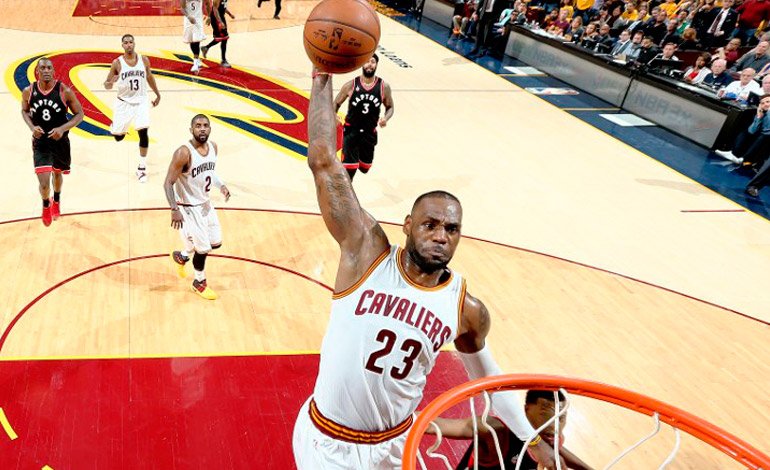 The combination of point guard Kyrie Irving and forward LeBron James contributed 51 points that allowed the Cleveland Cavaliers to beat the Toronto Raptors 115-84 in the first game of the Eastern Conference finals.
Irving had 27 points, while James had 24 with six rebounds, four assists and two turnovers.
The second game of the series to the best of seven will be played on Thursday, in the same scene of the Quicken Loans Arena in Cleveland, where the Cavaliers so far in the final phase have not lost a game nor in the two previous eliminatory ( 9-0).
Shooting guard DeMar DeRozan was the top scorer for the Raptors by contributing 18 points, but they did not prevent the defeat of the Canadian team that is contesting the Eastern Conference finals for the first time after having eliminated the Indiana Pacers and Miami Heat. EFE

You can also read:  Scola leads an unappealable Argentine victory