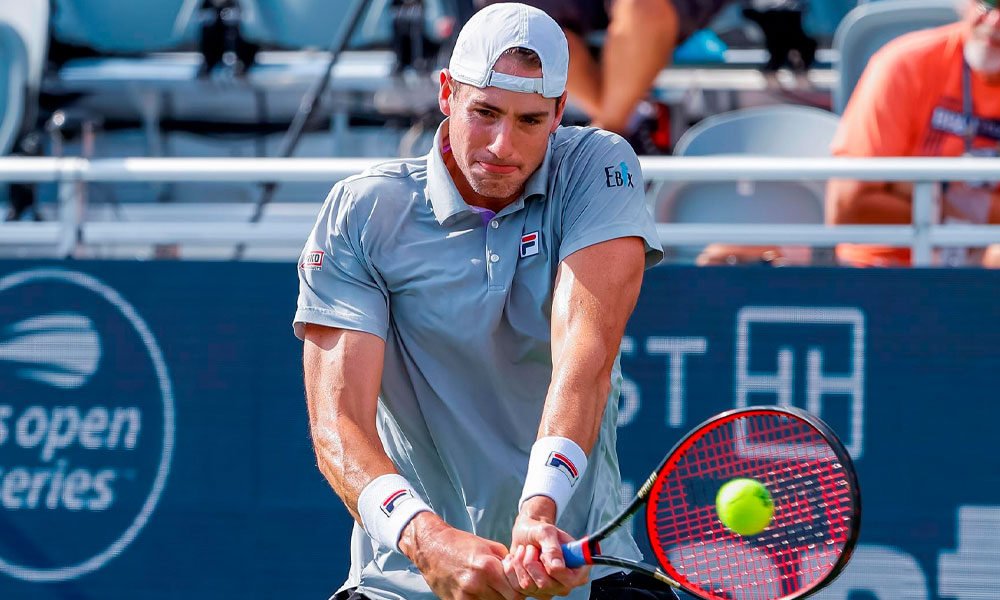 A week after being eliminated in the semifinals of the Los Cabos tournament in Mexico, sixth-seeded veteran John Isner took revenge on his compatriot, young promise Brandon Nakashima, by beating him 7-6 (8) and 7-5 in the final of the Atlanta Open.

Again, the 36-year-old American veteran imposed the power of his serve by landing no less than 21 aces to 12 by Nakashima, who was never able to break Isner’s serve after an hour and 56 minutes of action on the surface court. duration on which the tournament was played.

Isner, number 35 in the world rankings, was always in control of the game, thanks to his serve that always gave him the decisive goals and also rested well, especially in the final stretch of the second heat when from the tenth game he had up to four match balls.

You can also read:  Ana Ivanovic will not play against Spain in the Federation Cup

But 19-year-old Nakashima, reaching his second ATP final in consecutive weeks, something not seen in a teenage American tennis player since 18-year-old Andy Roddick won at Atlanta 2001 (on April 29) and Houston. (May 6), although he did a great job with his rest in the end, he could not with the devastating power of Isner’s serve.

The same weapon that in the semifinal match allowed him to beat his compatriot Taylor Fritz, fifth seed, who could not overcome the 27 aces that the veteran native of Greensboro (North Carolina), who resides in Dallas ( Texas).

Isner, who contested the ninth final of the Atlanta tournament and claimed his sixth individual title, took home a cash prize of $ 54,535 and 250 points for the ATP ranking.

You can also read:  The Mutua Madrid Open shows "its deepest rejection" of match-fixing

“It was a tough game, like the one I lost last week, but this time the one who kicked his butt was me,” Isner said. “I think my rest was better, I kept the serve consistent as has happened throughout the tournament and there was the key to victory.”

“This tournament has meant everything to my career,” Isner declared in his on-court interview. “It is absolutely amazing.”

Isner won four championship points on Nakashima’s serve at 5-4 in the second set.

You can also read:  Murray and Kokkinakis will open the tie

In an instant, it was his opponent who had two chances to break and serve for a third set. But the six-time champion stood his ground, earning the game’s only service break at 6-5 to triumph at Stadium Court.

While he also made sure with his arrival in the final to climb tomorrow, Monday, to the Top 100 in the FedEx ATP Rankings, where he currently occupies the 115th position, and will become the youngest American tennis player to be among the 100 best players in the world. world. EFE (HN)