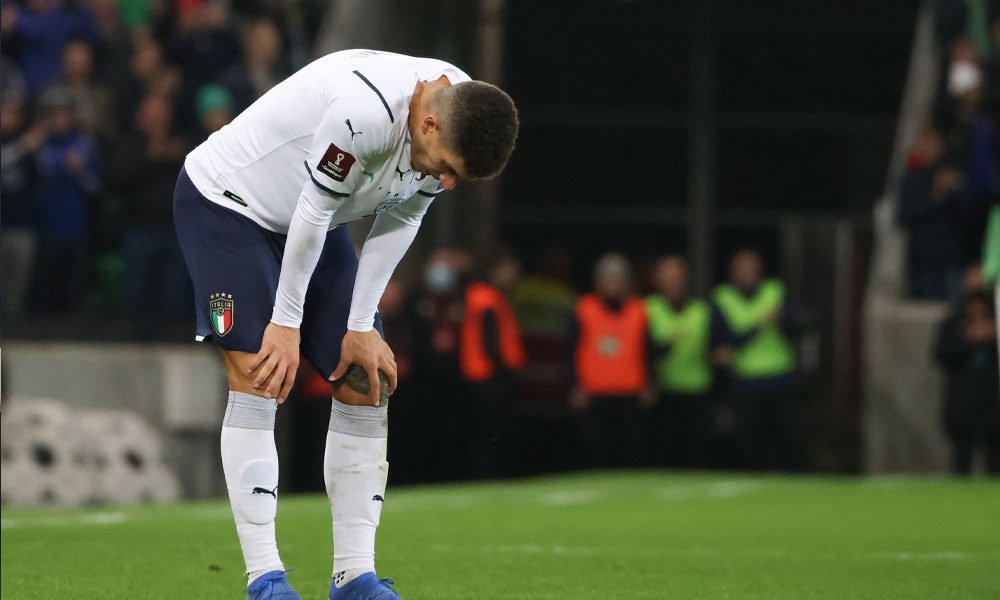 The Italian team, current European champions, relived its nightmare, not going from 0-0 in the Northern Ireland field and finishing second in group C, behind Switzerland, which forces it to go through the delicate play-off in March to try to avoid another absence from the World Cup after Russia 2018.

The brilliant and offensive game seen in the triumphant Eurocup just four months ago is at this moment an old memory for Roberto Mancini’s national team, gray, lacking in ideas and courage, and who paid hard for the penalty missed by Jorge Frello «Jorginho» in last Friday’s direct clash against Switzerland, which was able to give the “azzurri” the direct ticket to Qatar.

Italy now faces an extremely delicate play-off, which foresees a final four, with a semifinal and a final, with high-level rivals that may include Portugal, Poland or Sweden itself, the team that prevented them, four years ago, from participating in the World Cup in Russia.

The “azzurri” experienced a disastrous night again, in a stadium that did not bring them good memories.

You can also read:  Richarlison and Dani Alves, Brazil casualties for October games heading to Qatar 2022

Because Windsor Park was a cursed field for the Italian team. On this same pitch, 63 years ago, the “azzurri” lost the play-off against Northern Ireland that left them out of the World Cup. And because in much more recent times, just four years ago, Italy had hit rock bottom by losing its ticket to the 2018 World Cup in Russia.

The penalty missed by Jorginho against Switzerland left them against the ropes, forced to increase the level, to seek the game exhibited in the victory in the Eurocup, but the “azzurri” again lacked aim. With a light trident made up of Lorenzo Insigne, Federico Chiesa and Domenico Berardi, Italy pressed, but without taking advantage of their opportunities.

And it is that after a gray first half, in the second Italy it was completely null, unable to attack with clear tactical ideas and was carried away by tension and pressure, while, from Lucerne, news of the goals of Switzerland arrived .

The Swiss dominance, which had not had a prize in the first 45 minutes, did have it in the seconds and Italy reached the final quarter hour on the ropes, with Switzerland ahead 3-0 against Bulgaria and the obligation to score two goals for stamp the direct ticket to Qatar.

Coach Roberto Mancini was enraged and lost his usual calm to yell at his players’ Guys! Did we score at least one goal? », Accompanied by expressions that cannot be translated.

But his rage was the image of a frightened Italy, lack of play and unable to fight on the high balls despite Mancini’s attempts to add inches to the lead with Andrea Belotti, Gianluca Scamacca and Federico Bernardeschi.

A bet that did not work and that opened spaces for a Northern Ireland that had the best opportunities to score, the last one in the boots of Conor Washington, who beat the goalkeeper Gianluigi Donnarumma and ran into Leonardo Bonucci, who repelled his shot under sticks. .

You can also read:  The decisive request that Kylian Mbappé will make to the president of PSG

The result did not change and the 0-0 Windsor Park will force Italy to go through the play-off next Tuesday to avoid a new absolute debacle, after its absence from Russia 2018.

Incidents: Match corresponding to the eighth and last day of group C of the qualifying phase for the Qatar 2022 World Cup played at the Windsor Park stadium in Belfast before about 18,000 spectators. EFE (HN)