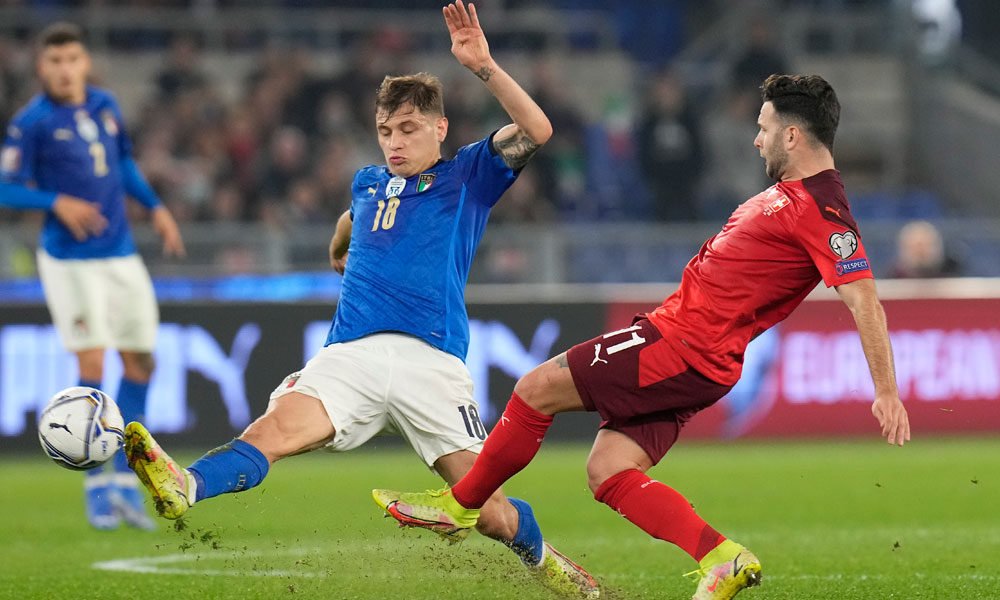 The Italian team made life difficult and did not go from 1-1 in the Roman Olympic against Switzerland, with a penalty missed by Jorge Frello Jorginho in the 90th minute, which left everything open in group C in the fight for the first position that is worth the ticket for Qatar 2022.

Italy had the opportunity to almost definitively put their move to the World Cup on track, after the absence of 2018. In the 90th minute, a generous penalty awarded by English referee Anthony Taylor after a VAR review, allowed Jorginho to finish off the pass from eleven meters. Qatar, but the midfielder with Chelsea shot high and scared.

It was his third consecutive failure from the penalty spot with Italy, which leads Group C tied with Switzerland, with one match left to go.

Italy, leading by plus two in goal difference over Switzerland, will visit Northern Ireland, while the Swiss will play modest Bulgaria.

You can also read:  UEFA will maintain rejection of the biennial World Cup

If they were tied, also with goal difference, Switzerland would finish first due to the best results obtained in direct clashes (0-0 in Switzerland and 1-1 in Italy).

Exactly four years ago, Italy was experiencing the darkest night of sports in its history, failing to go 0-0 in the second leg of the play-off game against Sweden and failing to qualify for the World Cup for the first time in the previous sixty years. And this Friday the 52,000 spectators of the Olympic were scared to experience a similar failure again, as Switzerland took the lead on the scoreboard and played a good game, very concentrated and organized.

A goal from Sylvan Widmer, with a right hand from outside the area, put Switzerland ahead against an Italy lacking rhythm, conditioned by pressure and unable to create scoring chances.

You can also read:  Paraguay beats the bottom Venezuela

Roberto Mancini’s team needed more than half an hour before waking up. He did it first with a chance from Nicoló Barella, who ran into goalkeeper Yann Sommer after picking up a loose ball in the penalty area and, in the 34th minute, tied in a rehearsed play.

Lorenzo Insigne hung an excellent cross that his teammate Giovanni Di Lorenzo sent to the bottom of the net with a header.

Italy pressed for victory at the restart, although without being able to create many opportunities in the face of the attentive Swiss defense. Insigne, with a shot from the edge of the area, was about to surprise Sommer in the 80th minute, but the best opportunity came in the 90th, with a maximum penalty caused by Domenico Berardi.

Jorginho, the man who had sent Italy to the Euro Cup final with his penalty goal in the semifinal against Spain, finished badly, with a high shot that kept Switzerland alive and set off alarms for the ‘azzurri’.

You can also read:  They approve 180 million to stabilize Atlético de Madrid

Incidents: Match corresponding to the seventh day of European group C of the qualifying phase for the Qatar World Cup 2022 played at the Olympic stadium in Rome in front of about 52,000 spectators. EFE