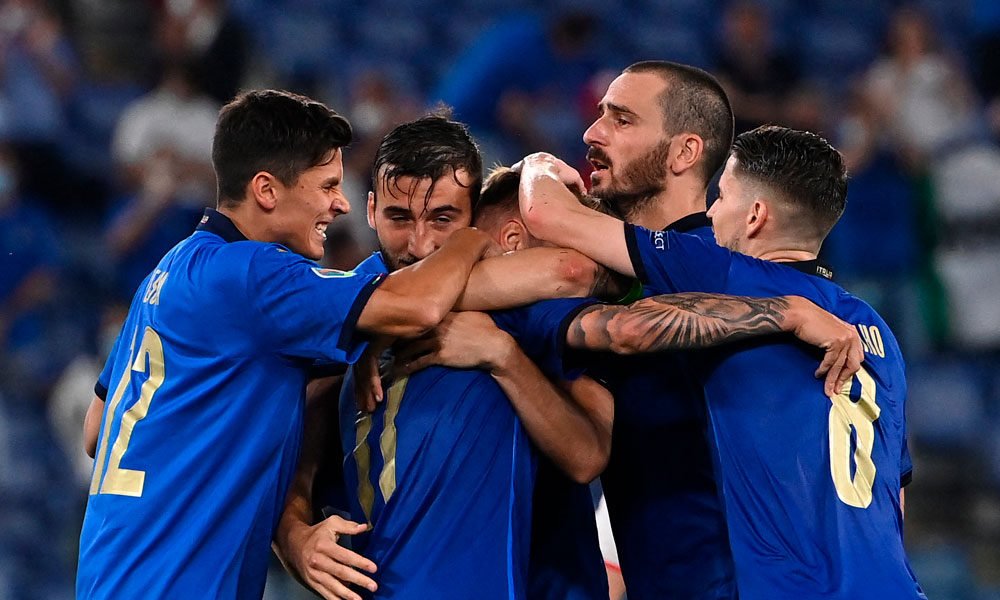 Italy and Switzerland will play the leadership of Group C of qualification for the Qatar-2022 World Cup, with the danger for the ‘Azzurra’ of reliving the ghosts of 2018, while England could leave the pass sentenced in Albania.

The Italians and Swiss are tied with 14 points in group C, with a better goal difference for the current European champion, so a victory would practically ensure the ‘Azzurra’ return to a World Cup after the fiasco that was left out of Russia- 2018.

“A victory would allow us to be almost at the World Cup,” recalled this week the coach Roberto Mancini, who took over the Italian team after being left out of the last World Cup after losing the playoff against Sweden (0-1, 0-0) .

You can also read:  Spain still without winning in the European Championship

But the Swiss will not make it easy for the champion of the last European Championship, who will also not be able to count on one of the pillars of his defense, captain Giorgio Chiellini, replaced by his Juventus teammate Leonardo Bonucci.

Last September, both teams drew goalless in Basel, just a few weeks after the ‘Nati’ gave the great surprise of the continental championship by eliminating the great favorite France in the round of 16, to be eliminated in the quarterfinals in the penalties against Spain.

Chiellini’s will not be the only absence, since neither will Marco Verratti, Ciro Immobile, Lorenzo Pellegrini and Nicolo Zaniolo, all injured.

You can also read:  «Too many good», Guardiola does not know how to stop Messi-Neymar-Mbappé

In Group I, England (20 points) need four points in their last two games to seal their pass to Qatar, against Albania and San Marino, so a win at Wembley on Friday would put the English very close to the World Cup.

However, Albania (15 points) still aspires to achieve second place in the group, occupied by Poland (17 points), which will move to Andorra on Friday.

With a plenary session of 24 points (with 27 goals in favor and zero against), Denmark already has secured first place in group F, in which Scotland (17) will try to secure second place on their visit to bottom-row Moldova of the key. AFP (HN)

– Program of the matches of the 9th round of European qualifiers for the Qatar-2022 World Cup: